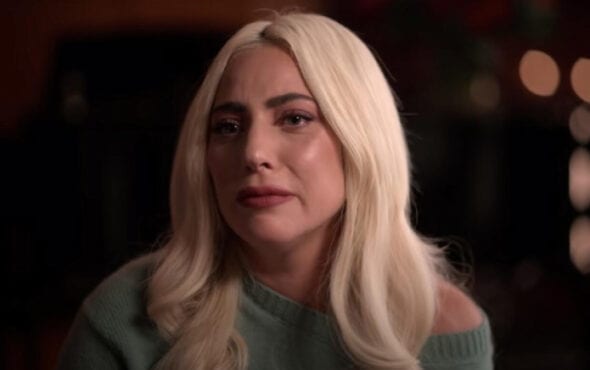 Lady Gaga has bravely opened up about being sexually assaulted in a new interview.

The pop legend recalled the traumatic event during her appearance on the Oprah Winfrey and Prince Harry docuseries, The Me You Can’t See.

In the emotional sit-down, Gaga revealed that she was a teenager when an industry producer assaulted her.

“I was 19-year-old, and I was working in the business, and a producer said to me, ‘Take your clothes off,'” she said.

“And I said no. And I left, and they told me they were going to burn all my music. And they didn’t stop asking me, and then I just froze and I just… I don’t even remember.”

The Rain On Me singer opened up about her painful PTSD diagnosis and being impregnated by her attacker.

“I realized it was the same pain I felt when the person who raped me dropped me off pregnant on the corner, at my parents’ house, because I was vomiting and sick.

“Because I’d been being abused, I was locked away in a studio for months. The way that I feel when I feel pain is how I felt after I was raped. I’ve had so many MRIs and scans. They don’t find nothing, but your body remembers.”

Gaga went on to say that she experienced a psychotic break from the assault, stating: “I wasn’t the same girl.”

When it comes to her attacker, Gaga said she will not name her alleged abuser.

“I understand this #MeToo movement, I understand that some others feel really comfortable with this, and I do not, I do not ever want to face that person again,” she explained. “This system is so abusive, it’s so dangerous.”

The 35-year-old singer also spoke about self-harm, stating: “It’s a really very real thing to feel like there’s a black cloud following you where you go telling you that you’re worthless and should die.

“Because it makes you feel worse. You think you’re going to feel better because your showing somebody, ‘Hey, look, I’m in pain.’ It doesn’t help. I always tell people ‘Tell somebody, don’t show somebody.”

For Gaga, the road to recovery is a long journey that can be easily deterred by a trigger.

“Even if I have six brilliant months, all it takes is getting triggered once to feel bad,” she explained.

“And when I say feel bad, I mean want to cut, think about dying, wondering if I’m ever gonna do it.”

But even with the bad moments, Gaga said in recent years she has found methods to pull herself out of it: “It all started to change.”