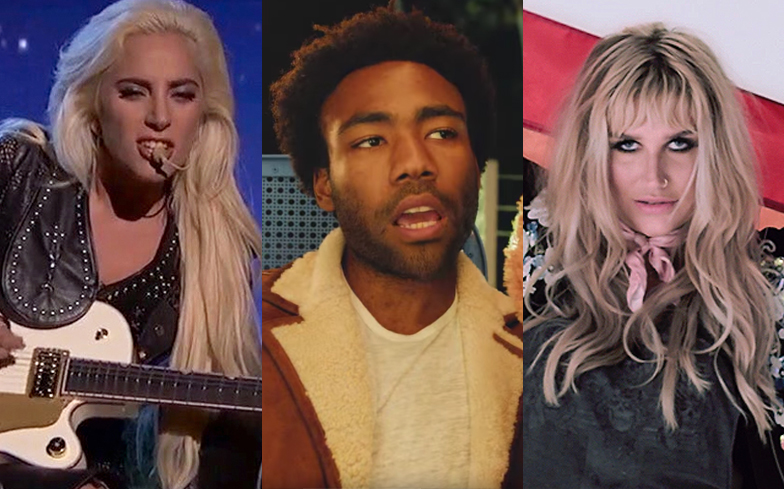 It’s that time of year again, folks: Which one of your faves will reign supreme this awards season, and who has been unfairly snubbed?

The Grammy Awards 2018 have unveiled their nominations for their upcoming ceremony, and there’s congratulations and commiserations for some of music’s biggest names.

Both ladies will face off with Kelly Clarkson’s Love So Soft, Pink’s What About Us, and Ed Sheeran’s Shape of You in the category.

But it’s Jay-Z who leads this year’s nominations with eight mentions in total, including nods for Album of the Year, Record of the Year, Song of the Year, and Best Rap Album.

Kendrick Lamar follows with seven nominations, while Bruno Mars is just behind with six.

SZA has scored the most nominations for a female artist this year with five mentions, including Best New Artist and Best R&B Performance for The Weekend.

Childish Gambino also has five nominations, scoring nods for Album of the Year and Record of the Year for Awaken My Love! and Redbone respectively.

Elsewhere, Lorde has scored an Album of the Year nomination for Melodrama, while Cardi B is up for Best Rap Performance and Best Rap Song.

As for those who missed out, Rihanna only scored one nomination as part of Kendrick Lamar’s Loyalty for Best Rap/Sung Performance.

That’s despite releasing massive hit Wild Thoughts with DJ Khaled over the summer.

Katy Perry’s latest album Witness and its singles are also missing from the nominations this year after being released back in June.

Miley Cyrus, Demi Lovato, and Harry Styles have also been overlooked by the Grammy Awards this year.