Lady Gaga is releasing another album with Tony Bennett 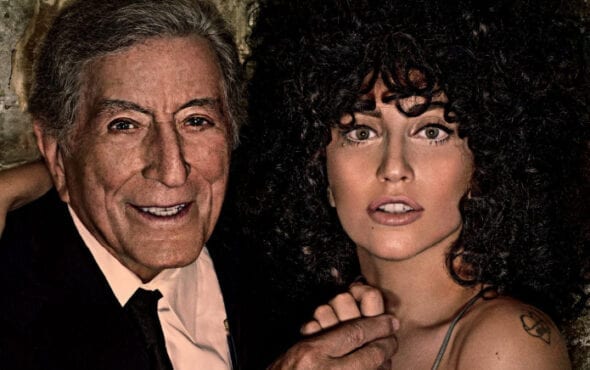 According to the latest edition of AARP The Magazine, the 94-year-old jazz legend has been quietly battling Alzheimer’s Disease for the past four years, but hasn’t let it stop him from continuing to make music.

Susan Crow, Bennett’s wife, revealed in the article that her husband was diagnosed with the neurodegenerative disease in 2016.

“I have my moments and it gets very difficult. It’s no fun arguing with someone who doesn’t understand you,” Crow told the publication. “But I feel badly talking about it because we are so much more fortunate than so many people with this diagnosis. We have such a good team.

“[His eldest son] Danny handles Tony’s business affairs. We have great doctors, [and a trainer is] helping us with the exercise.”

Throughout his battle, Bennett has worked with Gaga on a follow-up to their acclaimed 2014 debut, Cheek to Cheek, which memorably extended his record as the oldest artist to achieve a number one album in the US.

Crow told AARP that the album was recorded between 2018 and early 2020 and is due for release this Spring.

A documentary chronicling their collaboration has also been filmed. It will reportedly include “raw footage” of the Chromatica singer-songwriter with “pain and sadness” in her face as she learns of Bennett’s diagnosis.

“Life is a gift – even with Alzheimer’s,” Bennett wrote on Twitter with a link to the feature. “Thank you to Susan and my family for their support, and AARP The Magazine for telling my story.”

Despite his diagnosis, Bennett’s abilities as a singer and entertainer have remained relatively unimpeded.

Bennett’s neurologist, Gayatri Devi, said in the profile that singing has “kept him on his toes and also stimulated his brain in a significant way,” and that he has some “cognitive issues, but multiple other areas of his brain are still resilient and functioning well.”

Devi added: “He is doing so many things, at 94, that many people without dementia cannot do. He really is the symbol of hope for someone with a cognitive disorder.”

Crow said: “I’m hoping and praying that he won’t take a turn for the worse that’s really crazy bad. There’s a lot about him that I miss. Because he’s not the old Tony anymore. But when he sings, he’s the old Tony.”