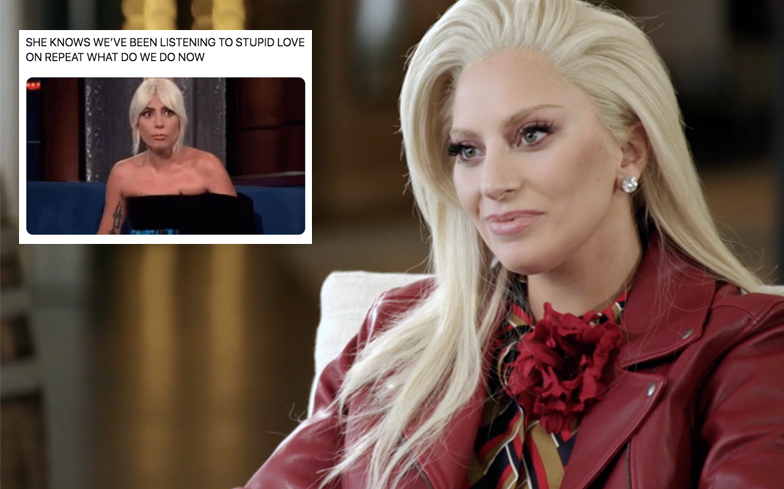 Lady Gaga knows you’ve been listening to her leaked songs.

Earlier this week, a new track by the pop superstar called Stupid Love appeared to surface online, sending fans who’ve been hungry for new music into a frenzy – it even became a trending topic on Twitter.

While some artists might be annoyed by their music leaking, it seems Gaga has managed to see the funny side, as she tweeted “can y’all stop” accompanied by a stock photo of a person wearing a ski mask listening to music – we think that’s supposed to represent us the fans.

Shutterstock’s description of the image is, “Closeup view of a young girl wearing a ski mask, listening to illegal music, isolated against a white background,” which seems appropriate.

Some fans panicked, as one wrote: “SHE KNOWS WE’VE BEEN LISTENING TO STUPID LOVE ON REPEAT WHAT DO WE DO NOW?”

Others found humour in the situation though, replying to Gaga’s tweet with more memes and jokes.