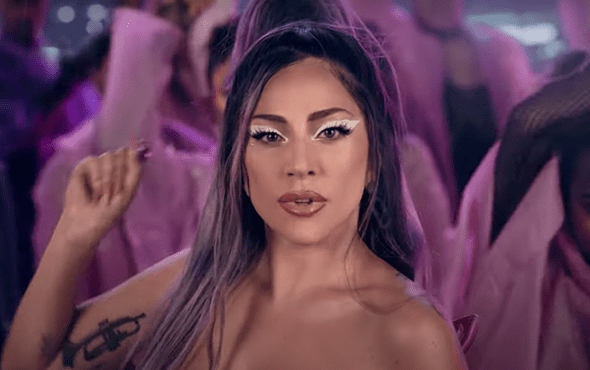 Each year, the non-profit commemorates the birth of Dr. Martin Luther King, Jr, which was founded in 1968 by Coretta Scott King.

In the spirit of Dr. Martin Luther King, Jr, the awards strive to acknowledge individuals and organisations that exemplify excellence in leadership and pursue the universal quest for social justice.

Gaga was presented with her award, by Jennifer Hudson, during a virtual ceremony which took place on Saturday (January 16).

In a recorded video acceptance speech, the singer addresses her own position of privilege as a high-profile artists, but also as a white woman: “The colour of my own skin is not lost on me in this very radicalised moment,” she said.

“I am aware I am before you as Stefani Germanotta, my given name; as Lady Gaga, a famous white woman with the power of a large platform. My racial identity alone centres my whiteness while I’m still very much finding my place in crating Dr King Jr’s beloved community.”

After recognising her own personal journey in becoming educated around issues to do with racial discrimination and injustice, the star also dedicated her win to the Black community, but also drove home an important narrative to white viewers.

“Black lives matter. Black life matters. Blackness matters. Black joy matters,” Gaga said. “White people, I believe that Black life represents the best of our nation and as white people, I believe we have a responsibility to unlearn, to accept the honest truth about the history of our country, admit that white supremacy makes us unhealthy and change our own behaviours to contribute to a world where freedom is real for everyone.”

The icon continued her speech with a strong message of solidarity and called for white fans and friends to aid in dismantling the structures of white supremacy: “White people, I believe we must right our wrongs without shame, we must change our actions and we must do this for ourselves. This is just one of our roles in the beloved community.

“To adapt some of Dr King Jr’s language, I believe white people must qualitatively heal our insides and we must quantitatively change our actions and behaviours. Unlearning allows me to walk through the world differently. I no longer say I don’t see colour, as I used to say. Instead, I now celebrate colour. Saying I don’t see colour was once the greatest thing standing in my way of understanding what a beloved community requires.”