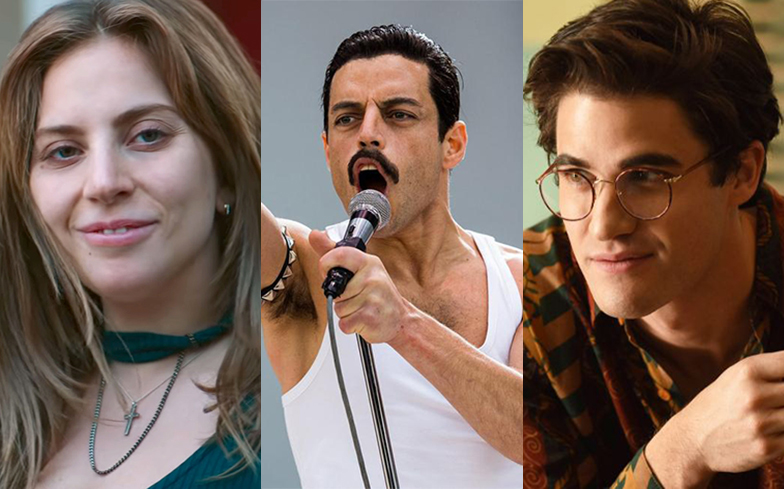 LGBTQ stories and queer favourites won big at the Golden Globes on Sunday.

The film, which was recently named the highest grossing biopic in movie history, tells the story of queer icon Freddie Mercury and his time with legendary band Queen, his romantic relationships, and eventually his battle with HIV/AIDS. Upon release, Bohemian Rhapsody received mixed reviews from critics for its historical inaccuracies and portrayal of Mercury’s life and sexuality, but Malek’s lead performance and the musical numbers received praise.

Olivia Colman took home the Best Performance by an Actress in a Motion Picture (Musical or Comedy) award for her role as Queen Anne in The Favourite, which explores the monarch’s same-sex relations with her companions. Meanwhile, Lady Gaga and her collaborators Mark Ronson, Andrew Wyatt and Anthony Rossomando picked up the Best Original Song (Motion Picture) award for Shallow, taken from her critically-acclaimed film A Star Is Born.

“I just have to say, as a woman in music, it is really hard to be taken seriously as a musician and a songwriter,” she said in her acceptance speech. Over in the TV categories, The Assassination of Gianni Versace: American Crime Story was the big success of the night, winning Best Television Limited Series or Motion Picture Made For Television.

Darren Criss also took home Best Performance by an Actor in a Limited Series or Motion Picture Made for Television, for his excellent portrayal of Gianni Versace’s murderer Andrew Cunanan. Elsewhere, Sandra Oh was awarded Best Performance by an Actress in a Television Series (Drama), for her role in critically-acclaimed TV series Killing Eve, which gained a significant queer following when it aired last year.

Although there was a lack of openly LGBTQ stars taking home awards, gay actor Ben Whishaw picked up Best Supporting Actor in a Limited Series or TV Movie for British political drama A Very English Scandal.