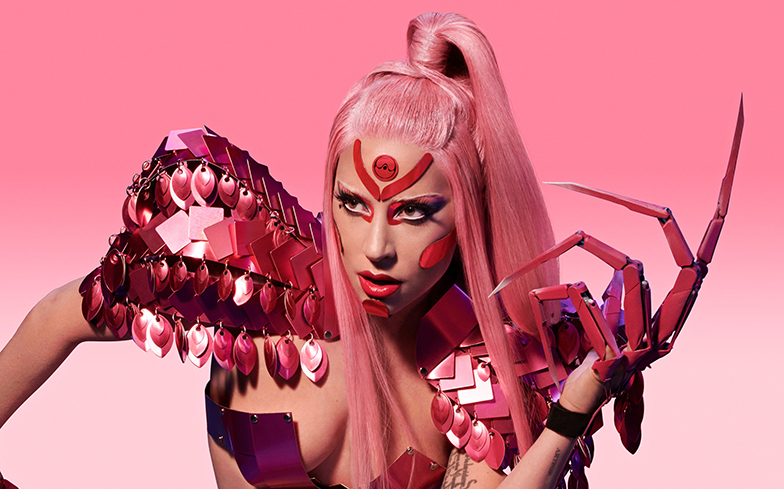 Lady Gaga has announced the release date of her upcoming sixth studio album.

Chromatica, the follow-up to 2016’s country-rock influenced Joanne, will be released 10 April. The pop superstar revealed the title and date on her Twitter with a placeholder album cover for fans to “enjoy in the meantime”.

In an interview with Beats 1, Gaga explained why she chose Chromatica as the album title.

“The symbol for Chromatica has a signwave in it, which is the mathematical symbol for sound,” she told Zane Lowe. “It’s from what all sound is made from, and for me, sound is what healed me in my life period.

“It healed me again making this record, and that is really what Chromatica is all about. It’s about healing it’s about bravery as well. When we talk about love, I think it’s so important to include the fact that it requires a ton of bravery to love someone.”

Gaga continued: “BloodPop brought it up, and we talked about how Chromatica was essentially on its own when you first look at it, it seems to be about colors and all the different colors and also music is made of a chromatic scale.

“So it’s all the colors, all the sounds, we’re talking about inclusivity and life and also a lot of what we see around us and what we’re experiencing is math, which is very much like music and and sound is math as well.

The star continued to say that she’s never made an album like Chromatica and said it’s her “gift to the world”.

Last week, Gaga released Stupid Love, the lead single from Chromatica, to universal acclaim. The song is on track to reach the top ten of the UK Singles Chart and dozens of other countries, meaning it’s another major hit for Gaga.