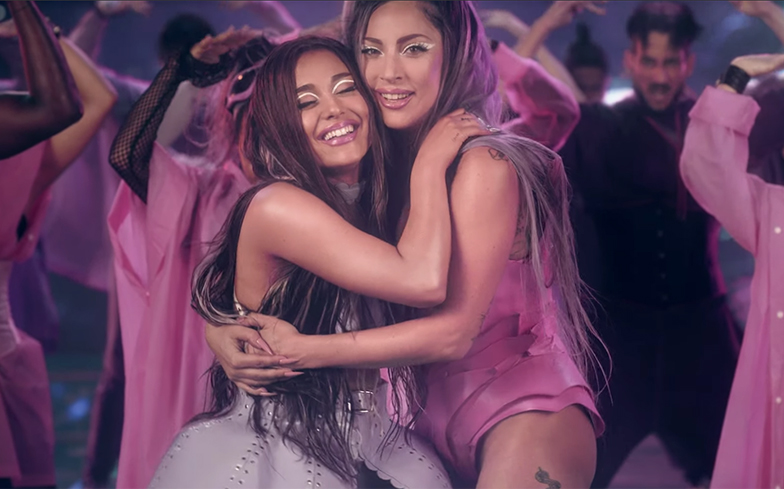 Lady Gaga and Ariana Grande have released their music video for Rain On Me.

The new single is a euphoric dance-floor anthem that encourages the listener to keep on dancing through hard times, much like Gaga and Ariana have done in their career, and features the lyrics, “I’d rather by dry, but at least I’m alive, rain on me.”

Speaking of the collaboration, Gaga previously said: “I sat with [Ariana] and we talked about our lives. It’s two women having a conversation about how to keep going and how to be grateful for what you do.”

The music video is a masterpiece that features costume changes, fierce choreography in the rain and epic visual effects – basically everything we’d expect from a big-budget Gaga video. We’re gagged.

Watch the Rain On Me video here or below.

Rain on Me serves as the second single from Gaga’s upcoming sixth studio album, Chromatica, which drops Friday 29 May.