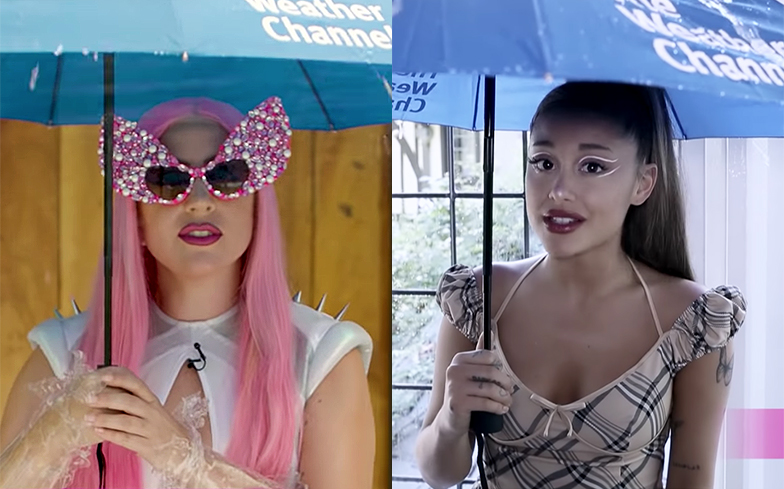 Lady Gaga and Ariana Grande are the comedy duo we never knew we needed.

Ahead of the release of her highly-anticipated new album Chromatica on Friday (29 May), Gaga has teased a new concept called Chromatica TV with a mock weather report featuring her Rain On Me collaborator Ariana Grande.

“It was beautiful just yesterday but oh, wow, how things have changed, today it is pouring rain, we are soaking wet,” jokes Gaga in the video, as she holds up an umbrella while a friend uses a hose to make it ‘rain’ on her.

“Are we thirsty or what?” asks Gaga, to which Ariana replies, “Oh, we are thirsty indeed, and what the locals are now saying globally is, ‘Rain on me!’”

Rain On Me is currently on track to hit the top spot on the UK singles charts this Friday, and if it does so the song will become both Gaga and Ariana’s sixth number one in the UK, and the first all-female collaboration to hit number one in six years.

The song serves as the second single from Gaga’s upcoming sixth studio album, Chromatica, which drops Friday 29 May.