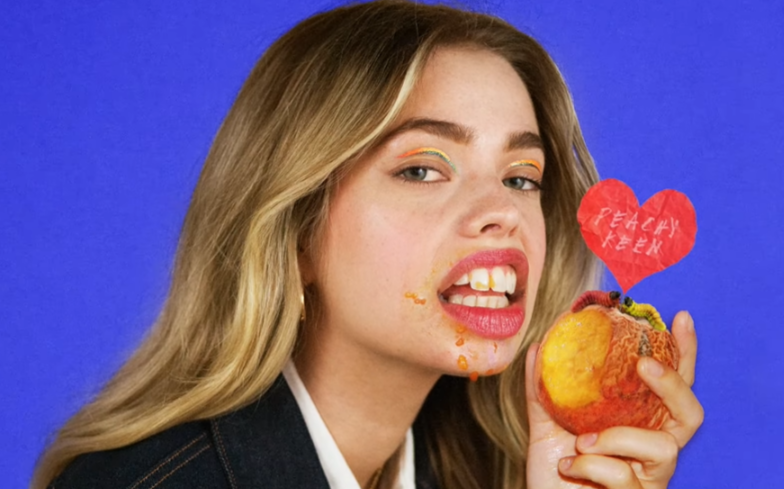 L Devine has just dropped her new single, Peachy Keen, and she’s bringing a little bit of 80s nostalgia to it.

The singer is blessed with the ability to find the special spark that makes her modernist pop immediately captivating, and that continues with this new song.

Peachy Keen starts off with a synth line, inspired by the use of an interpolated melody from Kim Carnes’ 1981 hit Bette Davis Eyes in Mylo’s In My Arms. L Devine, and frequent collaborator SIBA, wanted to make something in the same vein.

She said: “I loved the idea of combining this huge ‘80s synth line with a heavy trap beat and writing lyrics about the most angsty millennial relationship I could think of.

“Peachy Keen is about two people who have so many of their own problems and no real way of coping with them but find comfort in the fact that at least they’re both messed up together.”

The singer uses her breathy and pitch-shifted vocals, along with the trap beat to narrate the story of two lovers with an optimistic outlook on their love, even though their relationship looks doomed to fail.

You can listen to the new single below, or follow the link here.

And a new single isn’t only that L Devine is giving us, as the singer confirmed that she was heading on tour, which will take place in May next year.

The six dates include her biggest London show so far at Heaven and a homecoming gig at Newcastle’s Riverside. 2019 has seen her live profile take off, with highlights including two London dates which both sold-out in minutes, performances at Radio 1’s Big Weekend and The Great Escape, plus a large outdoor show as guest of Lewis Capaldi.

Tickets are available on Live Nation and Ticketmaster.

Related: L Devine on why she didn’t want to “capitalise or cash-in” on her sexuality