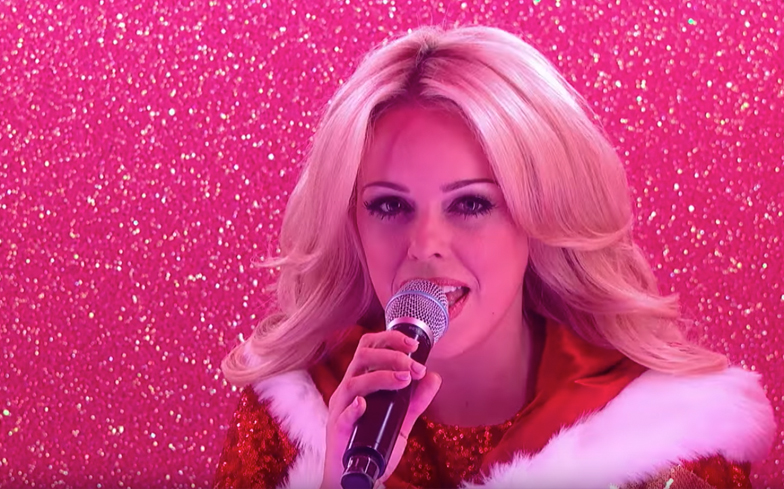 Say hello to Lucy Holmes, who will be competing in the Christmas special of BBC One’s Even Better Than The Real Thing on 23 December – and she’ll take to the stage as one of our favourite popstars.

She’s already well known as a Kylie Minogue tribute act, and as you can see from this exclusive clip from her performance of Santa Baby it’s clear to see why.

Lucy is the spitting image of the Aussie pop princess as she comes out of a giant present glistening in a festive red costume.

The star has such a reputation for nailing the tribute that Kylie herself follows her on Twitter.

Even Better Than The Real Thing – hosted by Paddy McGuinness – is a 60-minute celebration of the biggest names in pop music, bringing together the world’s top tribute artists.

It launched on the BBC earlier this year with tributes acts for Whitney Houston, George Michael, Little Mix, and Ariane Grande.

As for the real Kylie, we’re hoping for new music in 2018 as she has been busy in the studio all this year.