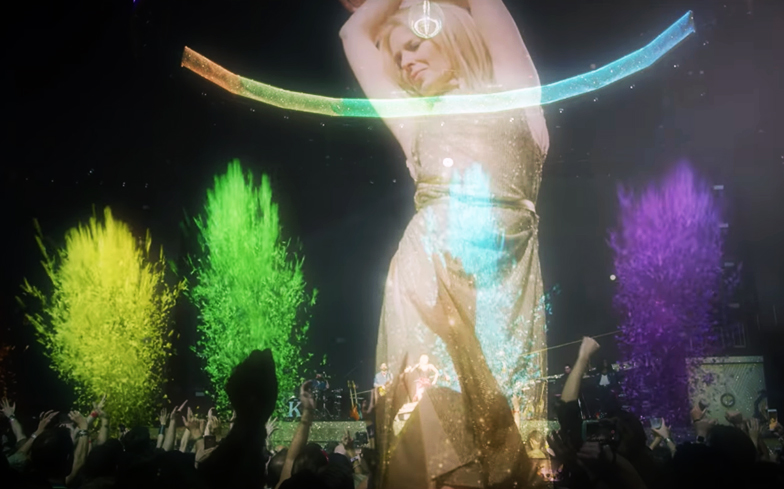 Kylie Minogue truly is the ally we deserve.

The Aussie pop princess has long stood side-by-side with the LGBTQ community, and her latest music video for new single New York City is a big celebration of everything queer and inclusive.

Recorded during her Golden tour last year, the video features a Studio 54 vibe with fabulous glam boys in fabulous outfits, drag kings, a seemingly unlimited supply of glitter, and even an explosion of rainbow-coloured confetti.

New York City will feature on Kylie’s recently-announced 42-track greatest hits album Step Back In Time: The Definitive Collection, due out on 28 June, alongside hit singles like Spinning Around, Can’t Get You Out Of My Head and All The Lovers.

Watch the video for New York City below.

The new album comes ahead of a number of Kylie festival dates across the summer, including Brighton Pride in August.

Collectors will be glad to know the album will come in a variety of formats, including a standard edition, a deluxe edition featuring a 32-page hardback book, a picture disc gatefold vinyl, and 5 limited colour cassette tapes.

This greatest hits album comes at a busy time for the pop princess, who has been confirmed to be playing both Glastonburyand Brighton Pride later this year, the latter of which will be her first full-length Pride performance in the UK.

And regarding Glastonbury, on Instagram, Kylie told her followers: “It will be 14 years since I was originally meant to appear there and so much has happened up to now. I can’t wait to see you all there to share this special show.”

Step Back In Time: The Definitive Collection is available to pre-order here.