What’s the update on the Kylie Minogue jukebox musical? 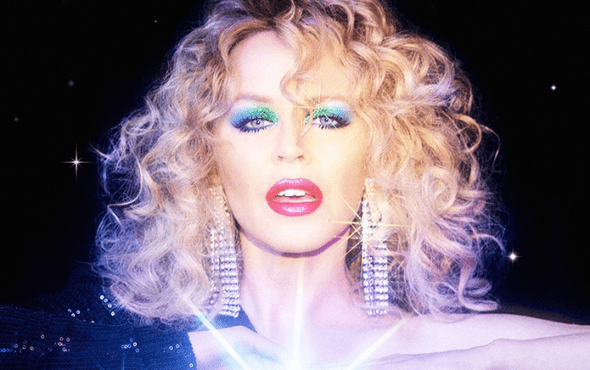 With a back catalogue of pop anthems spanning back to the 80s, Kylie Minogue’s greatest hits are screaming out for a jukebox musical adaptation.

A stage production featuring the pop icon’s music has been in the works for quite some time, but development of the musical has encountered a few setbacks in the process.

With an original story to be fleshed out, securing permission for the use of all the music from various stakeholders, and doing justice to the beloved songs that we’ve all lived with for decades isn’t an easy task. So what’s the latest update?

“It literally is still being worked on,” Kylie assured us during her cover interview for the new issue of GAY TIMES Magazine. “When I entered into discussions for this, one of the bits of advice I was given was it takes a long time.

“I foolishly thought, ‘We can do things quickly.’ But they were 100% right. It takes a long time.”

While things on the musical front may have seemed quiet, there has been some progress. But plenty still needs to be figured out.

“We’ve got to a table read, complete with music and an actual running of a full show as a table read, and we have gone back to the drawing board,” Kylie said. “I don’t want to say who’s doing it because it’s just happening very quietly in the background, but it is happening. I still think it’s going to be a little while yet.

“I look at successful musicals and I have so much respect and awe at how they did it. It is unlike anything else, but there’s certainly no question all the music is there. We’ve got so much to play with.

“We know a lot of the songs can be interpreted in different ways, it’s just getting all the other important stuff sorted. I would be as excited as the next person to see that musical.”

Kylie Minogue recently made history by becoming the first female artist to achieve No.1 albums in five consecutive decades in the UK. It came as her latest collection, DISCO, topped the UK chart.

You can read the full cover story with Kylie Minogue in the new issue of GAY TIMES Magazine, which is in stores now and available on Apple News+.