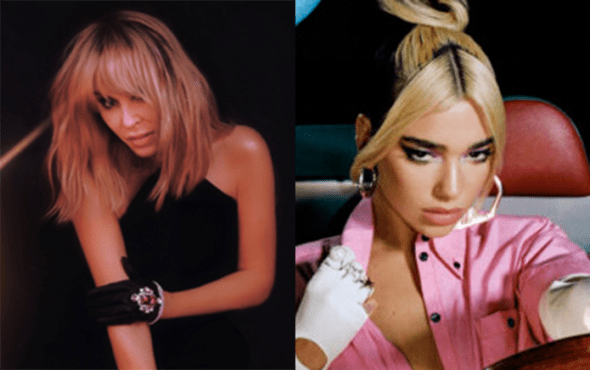 The girls are giving us pop gold!

Music icon Kylie Minogue and pop-heavy weight Dua Lipa have come together for the most epic collaboration.

To help us ring in the New Year – socially distanced of course – the two music starlets dropped a Studio 2054 remix of Real Groove.

The single embraces incredible synths and an electric-disco production that will surely get fans dancing all night long.

Kylie took to Instagram announcing the new track with the caption: “DUA💖DUA💖DUA! … La Lipa joins me for a SUUUUPER SPECIAL #Studio2054 remix of #REALGROOVE 🚀💖🚀@dualipa 4 EVA. Link in stories”

This isn’t the first time that the two have collaborated.

The album debuted at No.1 on the UK Official Chart with her 15th studio collection, and by doing so has become the first female artist to score a chart-topping album in the UK in five consecutive decades.

Not only that, but DISCO has also been named 2020’s fastest-selling album by a solo artist.

If you’re in need for some stay-at-home New Years plans, check out Kylie’s Infinite Disco concert.

Listen to Real Groove (Studio 2054 Remix) here and below.