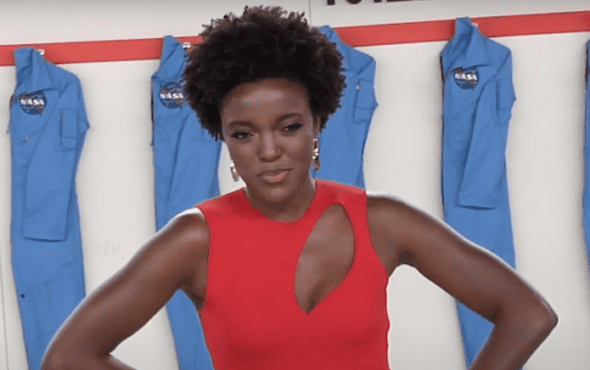 For All Mankind actress Krys Marshall has come out as pansexual in a heart-warming social media message.

Audiences are likely to recognise the 32-year-old from hit shows such as The CW’s Supergirl, Criminal Minds and Apple TV+ series All Mankind.

“Once upon a time, a Pan-girl and a Straight-boy met and fell in love. They got married and lived happily ever after. The end,” the post read.

“Happy Pride Month, from our Modern Family to yours.”

This is believed the first time Marshall has spoken about her sexuality in public.

Pansexuality is a term for a sexual choice not limited by a preference in biological sex, gender, or gender identity.

Marshall is most recognised in her recent role as Danielle Poole, a NASA engineer and astronaut, in the sci-fi Apple TV+ show All Mankind.

While the actress is yet to play an LGBTQ+ character or role, Marshall’s coming out on social media is a win for greatly limited queer POC representation on the small screen.