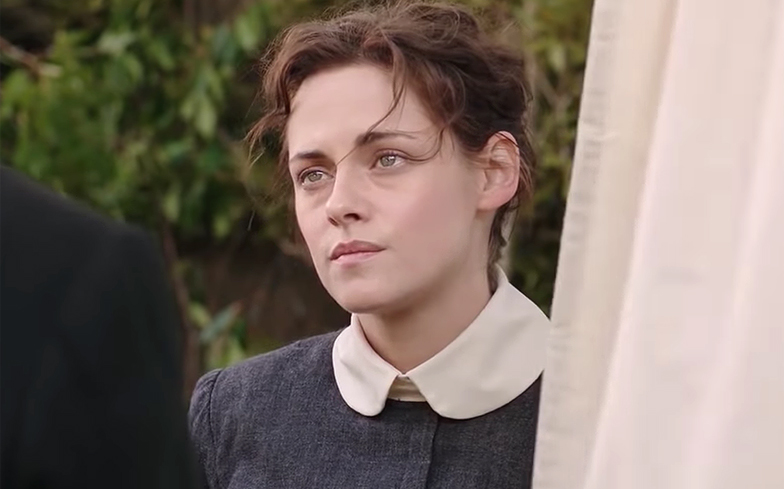 Kristen Stewart is reportedly set to star in a lesbian Christmas rom-com.

The Twilight actress, who said she was “so gay” on SNL last year, is in talks to star in Happiest Season, a same-sex romantic comedy from Temple Hill Entertainment and TriStar Pictures, according to Variety.

Happiest Season follows a young woman who plans to propose to her girlfriend at her family’s annual holiday party, but things are put on hold when she discovers her partner hasn’t come out to her conservative parents.

If Kristen lands the role, it won’t be the first time she’s played queer on screen – earlier this year, she starred opposite Chloë Sevigny in Lizzie, as the lover and accomplice of alleged axe murderer Lizzie Borden.

Happiest Season is the latest directorial effort from out actress-turned-filmmaker Clea DuVall, who will also co-write with screenwriting partner Mary Holland.

At a time when representation in Hollywood is under the microscope, it’s great to see a film including LGBTQ people in both the cast and the creative team.

While Kristen has never put a concrete label on her sexuality, she has had relationships with both men and women in the past, and is currently dating model Stella Maxwell.

Speaking to The Guardian last year, she said: “It’s cool that you don’t have to nail everything down any more. That whole certainty about whether you’re straight or gay or whatever.

Elsewhere, Kristen is set to appear alongside Naomi Scott and Ella Balinska in a Charlie’s Angels reboot due out next year, which will be directed by Elizabeth Banks.