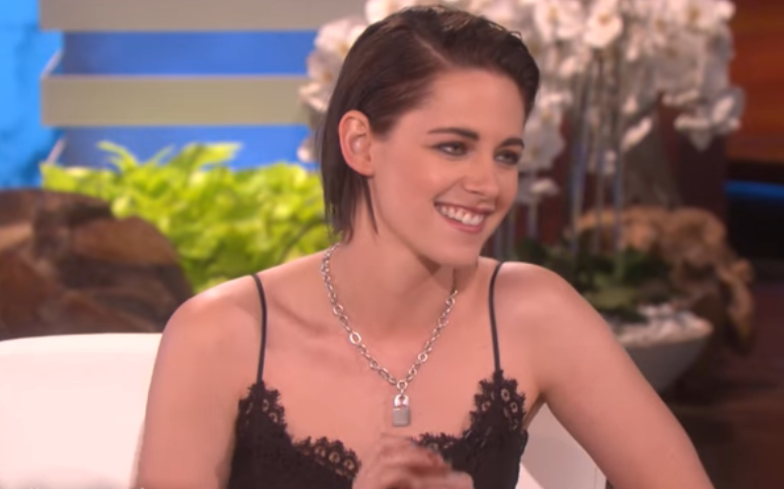 The former Twilight actress hinted towards being bisexual in an interview with The Guardian in 2017.

While Kristen Stewart has never put a concrete label on her sexuality, she has had relationships with both men and women in the past, and was last dating model Stella Maxwell until they split last year.

Speaking to The Guardian, she said: “It’s cool that you don’t have to nail everything down any more. That whole certainty about whether you’re straight or gay or whatever.

And in a new interview with the Associated Press, the actress has opened up about the “huge responsibility” she felt at the time to clarify her sexuality.

“I felt this huge responsibility, like one that I was really genuinely worried about, if I wasn’t able to say one way or the other, then was I sort of like forsaking a side,” she said. “The fact that you don’t have to now is like so much more truthful.”

“If you were to have this conversation with someone like in high school, they’d probably like roll their eyes and go, ‘Why are you complicating everything so much?’ … Just sort of do what you want to do,” she said.

She added: “I just feel like we don’t even have the words to describe the complexities of identity right now.”

Stewart also said she would be putting this sort of mentality when she directs The Chronology of Water, a film which follows a bisexual swimmer who becomes an artist, and is based off of the memoirs of the same name by Lidia Yuknavitch.

“So much of that spirit is completely about finding new – finding a new language,” she said. “And like really understanding that your word house, so to speak, is constructed by you.

“And you can also have a million definitions of any word you want. Like they are open for interpretation. So like words as solace — because they really can be used as weapons or really like more saviors.”

However, Kristen is still acting, as she was confirmed be part of the rebooted Charlie’s Angels and will also be starring in the rom-com Happiest Season which follows a young woman who plans to propose to her girlfriend at her family’s annual holiday party, but things are put on hold when she discovers her partner hasn’t come out to her conservative parents.