Kristen Stewart and Mackenzie Davis to play lovers in rom-com 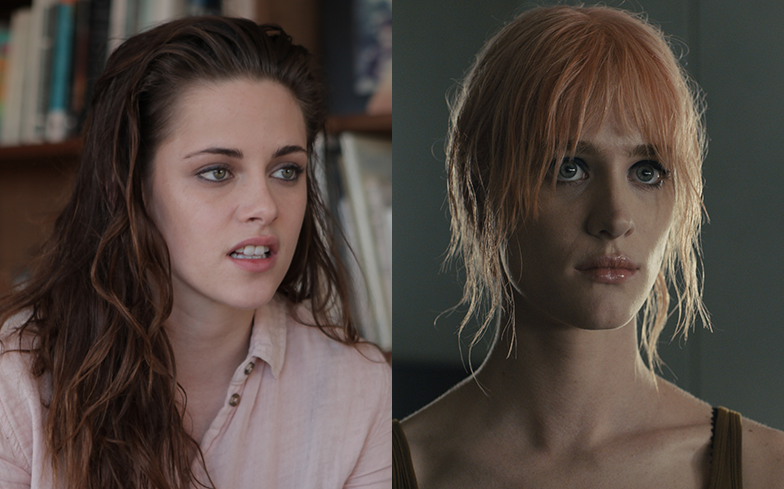 Kristen Stewart and Mackenzie Davis will star as a couple in an upcoming romantic comedy.

Happiest Season is written by writer and actress Clea DuVall, who’s best known for roles in Buffy the Vampire Slayer, The Grudge, Argo, Veep, Heroes and The Lizzie Borden Chronicles. The film will be her directorial debut.

The rom-com follows a young woman who plans to propose to her girlfriend at her family’s annual holiday party, but things are put on hold when she discovers her partner hasn’t come out to her conservative parents.

It will be produced by Marty Bowen (The Hate U Give), Isaac Klausner (Love, Simon), Jaclyn Huntling (The Maze Runner), while Hannah Minghella (The Talented Mr. Ripley) and Shary Shirazi (Star Wars: The Force Awakens) will oversee the project.

Canadian actress Mackenzie Davis has received acclaim in the past for her roles in Blade Runner: 2049, Tully and Izzy Gets The Fuck Across Town. She also starred in Black Mirror’s widely praised third season episode, San Junipero.

Kristen Stewart is best known for starring in The Twilight Saga between 2008 and 2012, which grossed over three billion at the worldwide box office.

After Twilight, Stewart received acclaim for films such as Clouds of Sils Maria, Personal Shopper and Still Alice.

While Kristen has never put a concrete label on her sexuality, she has had relationships with both men and women in the past, and is currently dating model Stella Maxwell.

Speaking to The Guardian last year, she said: “It’s cool that you don’t have to nail everything down any more. That whole certainty about whether you’re straight or gay or whatever.

Elsewhere, Kristen is set to appear alongside Naomi Scott and Ella Balinska in a Charlie’s Angels reboot due out next year, which will be directed by Elizabeth Banks.