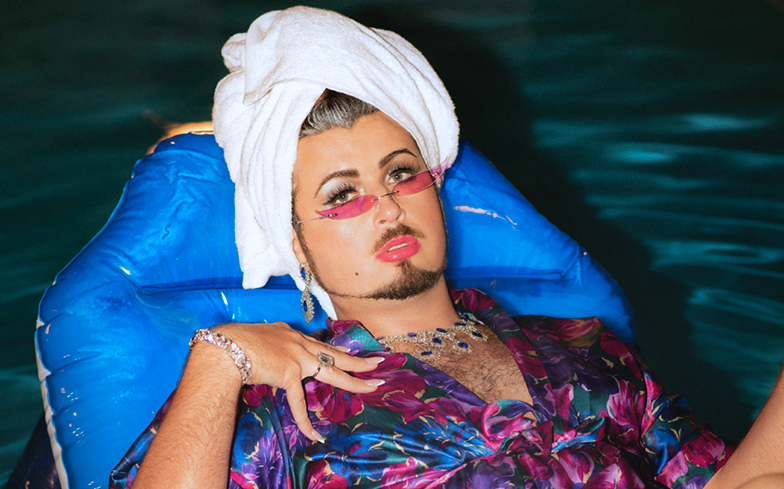 In the visual for the 50s inspired track – directed by Julian Buchan (Carly Rae Jepsen, Kim Petras, Dorian Electra) – the LA-based performer recreates some of Taylor’s iconic moments from her career, but with an androgynous twist.

It also includes several queer of men of colour in the video to “combat the white/straight washing of Hollywood”.

According to the singer-songwriter, the song is about “a problematic relationship” that deals with themes of “unfaithfulness, manipulation, and the realisation for one’s self-worth – that we are all queens, like Elizabeth Taylor!”

Elizabeth Taylor (produced by Megan Mantia) is now available on iTunes and streaming services – watch the video below!