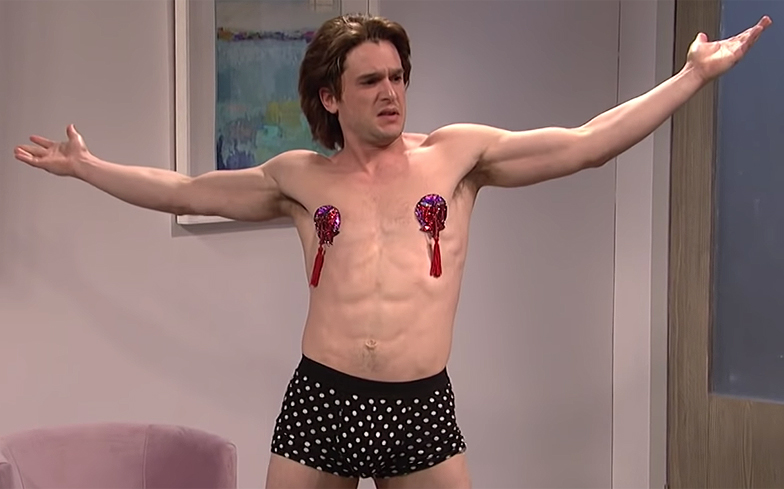 While we’re all excited for Jon Snow to slay the Night King when Game of Thrones returns later this month, what fans really want to see is him performing a strip burlesque routine in drag… right?

Well, that’s what we got over the weekend, as actor Kit not only played host for an episode of SNL, he also starred in a number of hilarious sketches.

Our favourite one saw the British actor play a man appearing at his own fiancée’s bachelorette party as the entertainment, wearing heels and a burlesque outfit to perform a strip routine that left his guests feeling bemused and slightly turned on.

“Men are not meant for the tease, but thankfully your husband is no man,” says his dance teacher, played by Kate McKinnon, before Kit warns the party that his “tuck has popped”.

Watch the sketch below.