Kiss My Genders an intelligent collection that challenges assumptions – review 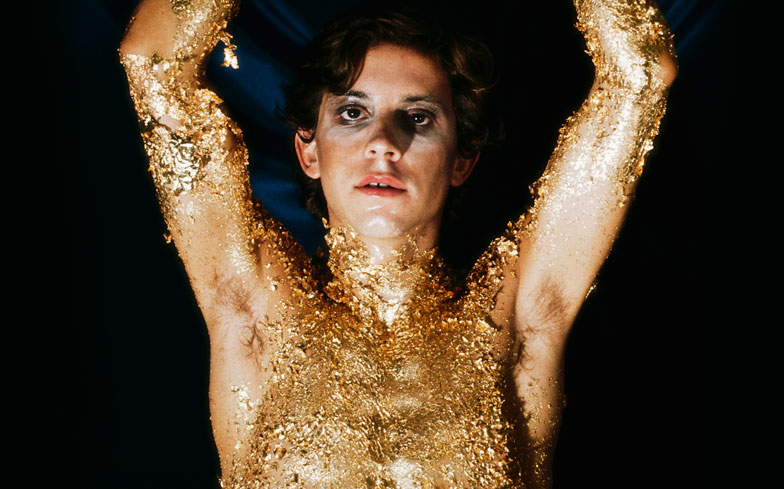 This new exhibition, which focuses on gender identity, has opened at the Southbank Centre’s Hayward Gallery.

Featuring a collection of more than 100 works by 30 artists spanning the past half century, Kiss My Genders feels like a very timely exhibition. With gender identity becoming an increasingly mainstream discourse, and newspapers and commentators ever more agitated by an increasingly fluid culture, it’s a provocative collection which celebrates artists whose work counters entrenched gender narratives.

An eclectic mix of photography, painting, projection, film and sculpture, it’s an intelligent new collection which challenges assumptions. Underpinning it all is a sense of activism; whether that be from the queering of conventional portraiture, to Flo Brooks’ smart canvasses which employ amusingly-titled cleaning products to depict societal views of gender norms, or Hunter Reynolds’ rotating Memorial Gown, embroidered with the names of thousands of AIDS victims. Each work has an important message, whether that be to rail against conventions or normalise fluidity.

There’s a real emotional range to be found within the exhibition, too. While many of the works are celebratory and flamboyant, some are more poignant and sobering. Peter Hujar’s striking black-and-white photograph, Candy Darling on Her Deathbed, is a wonderfully courageous portrait of the star as she lies in a hospital bed, shortly before her death from lymphoma. Reminiscent of the closing tableau of an opera, it’s a moving and powerful piece.

The curation of the collection is intriguing – although not presented as a linear timeline, it quickly becomes apparent that there’s a rich and varied history of gender-fluid culture on display. With artists from diverse backgrounds utilising a mixture of media, and pieces spanning more than 50 years, it’s evident that while gender identity might only now be tipping into mainstream society, it’s certainly far from new in the art world.

We were really inspired by the time we spent with Kiss My Genders – it’s a vibrant and provocative collection with a real variety of work on display. An intelligent, thought-provoking and timely exhibition of work exploring an increasingly important and topical issue – not to be missed.