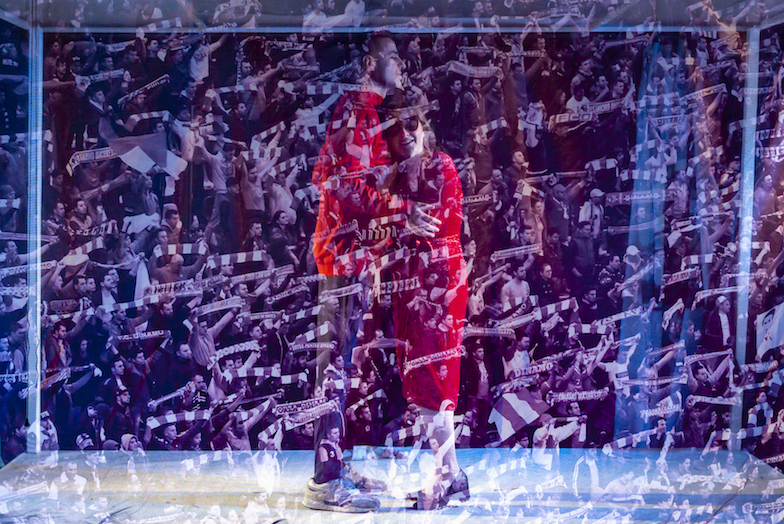 Directed by Mary Franklin, this original, contemporary adaptation of the Bizet classic has opened at Islington’s intimate King’s Head Theatre.

Those familiar with more traditional renditions of Carmen are in for a surprise with this highly original new offering. This version portrays Carmen (Ellie Edmonds) making a living from a variety of minimum-wage jobs, whether that be a hospital cleaner or working as a waitress. Jose (Roger Paterson), a nurse at the hospital, falls so madly in love with her that he offers to take the blame when she is caught stealing drugs at work. While he’s locked up, footballer Escamillio (Dan D’Souza) walks into Carmen’s life and he, too, falls deeply in love.

Evidently it’s a heavily reduced version of the opera, yet the story at its heart still works. There are a handful of allusions to the missing characters – they’re name-checked as radio hosts or football pundits – and it manages to poke fun at itself with some entertaining musical jokes. Being a French opera set in Spain, originally sung in Italian but now performed in English, it could end up a bit of a mess – yet it skewers itself neatly with an amusing karaoke scene, which sees Escamillio struggling to figure out which verses of the Toreador Song to sing in which language.

Purists may be a little disheartened with just how much of a scaled-back performance this is. It’s performed entirely by three singers, with the orchestra stripped back to just a piano and a keyboard, and it’s all over in under two hours including interval. However, we felt the power and immediacy of the vocalists – all three of whom turned in impressive performances – alongside the sensitive retooling of the musical accompaniment made up for these perceived shortcomings.