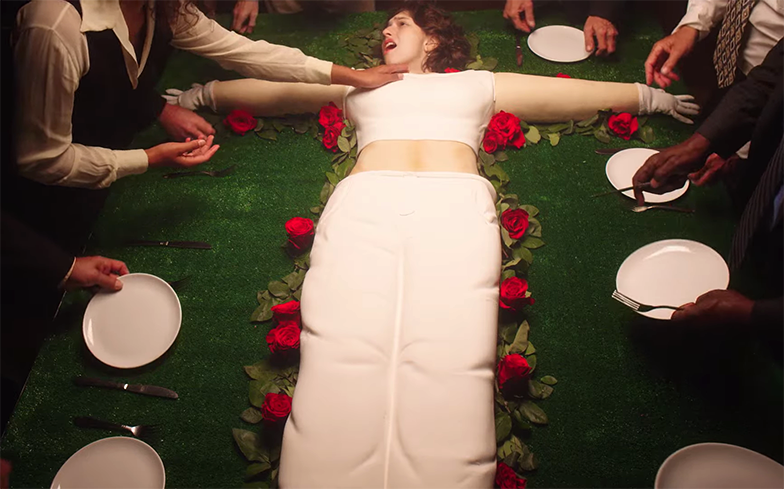 In the video, the star embodies male tropes such as a football player and construction worker while her crush lingers in the background. The 20-year-old is then baked into a cake and eaten by a crowd of people. Seriously.

There’s a metaphor here somewhere, but we’re stumped. Anyone?

Prophet is the latest single taken from King Princess’ upcoming debut album, Cheap Queen, which is due for release later this year on Mark Ronson’s Zelig Records. It will also include Pussy is God and the title track.

Watch King Princess turn into a cake in the music video for Prophet below.