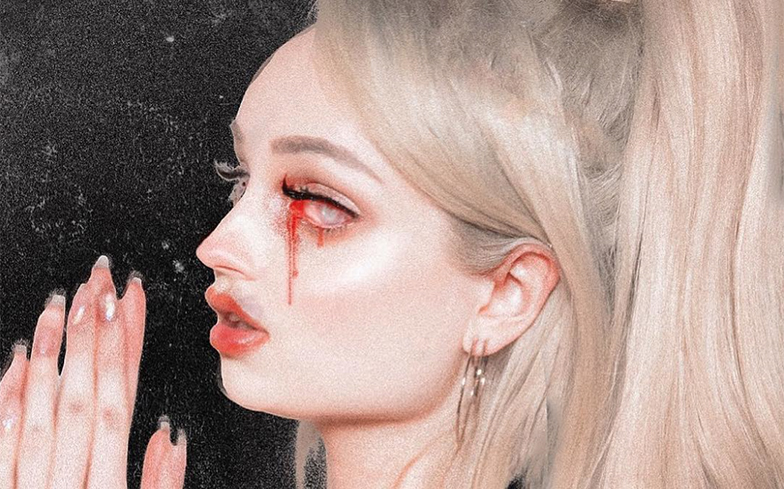 Kim Petras has been blessing our headphones with absolute bangers all year – if you’re not on the hype train yet, check out Heart To Break and All The Time – and now she’s released her first ever mixtape, Turn Off The Light Vol. 1.

Consisting of eight brand new tracks, it’s a tribute to one of the most sickening holidays of the year, with Kim’s signature bubblegum hooks given a malicious makeover in the form of dark synths and industrial sounds that’ll set the scene for a sinister seance once 31 October arrives.

Highlights include Close Your Eyes, which kicks things into full force as Kim warms a lover that she’ll “eat [their] heart” over a pulsating disco beat, while In The Next Life sees the pop star’s sugary sweet vocals turned into gritty, distorted declarations that the world will “remember [her]” when she heads to the afterlife.

And if you thought the whole thing couldn’t be any more gloriously camp than it already sounds, there’s even an appearance from Elvira, Mistress of the Dark on title track Turn Off The Light.

“Kim’s new mixtape is so good it’s SCARY! I’m thrilled to be a part of it,” said Elvira.

Needless to say, it’s one of our favourite pop releases this year.

You can stream Turn Off The Light on Spotify below.