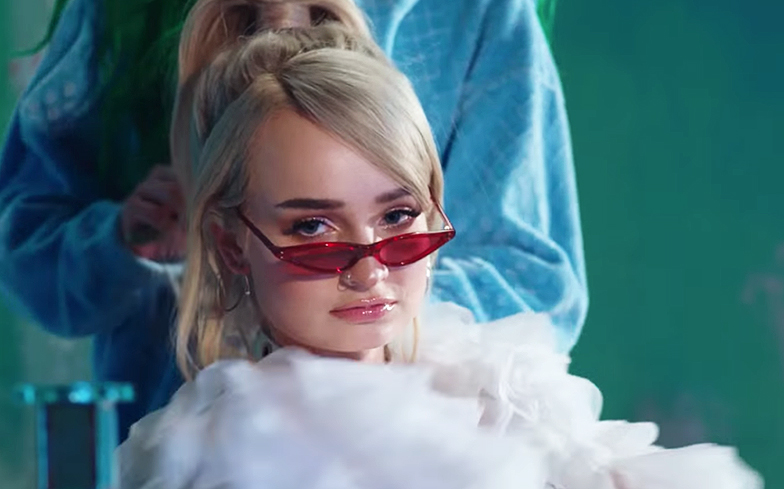 In case you haven’t noticed, Kim Petras is one of our favourite LGBTQ talents here at Gay Times. And why wouldn’t she be? She’s serving pop bops, lewks and plenty of sass, and that’s pretty much every box ticked for us.

(She was also featured in our January issue, but we won’t bang on about that too much.)

So of course we’re super excited that she’s brought us another slice of pop perfection in the form of Heart To Break, a single that was (aptly) released on Valentine’s Day and just got its very own music video.

The fairytale-inspired clip sees Kim transformed into a Disney princess, with all the tropes that brings – a princess locked in a tower, a glam makeover, and of course a very handsome prince.

“My creative director Nick Harwood and I were looking on Twitter, laughing at comments, and noticed somebody said there should be a trans Disney princess movie,” she told The Independent.

“We totally agreed, and thought about what that would look like if we did it as a music video. So we just did it.”

If all of this has got you on board with the Kim train, you’ll be glad to know she’s appearing at Birmingham Pride in May this year, as well as performing her own headline show at London’s Courtyard Theatre on 25 May.

Watch the video for Heart To Break below.