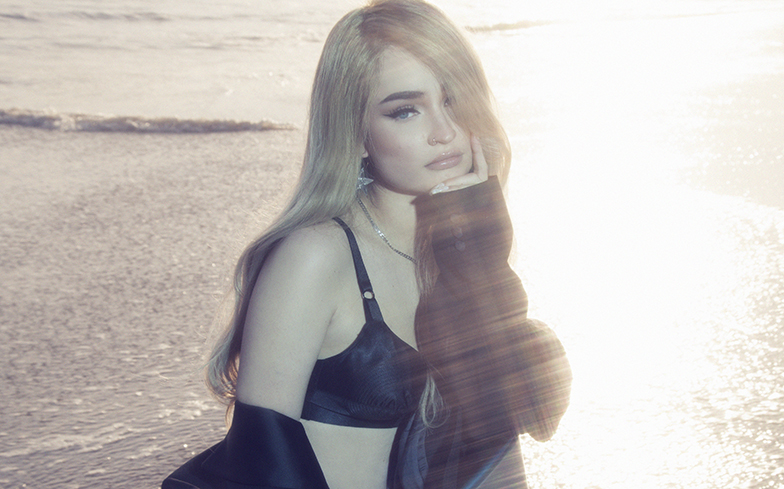 The pop princess and verified ✔ hitmaker blessed us with three tracks at once in February, and now she’s proving that great pop waits for no one as just two months later she’s already moving onto a new era of music.

Broken, the first taste of Kim’s upcoming debut studio album, shows a more vulnerable side to the singer after pure pop bangers like Heart To Break and I Don’t Want It At All, but don’t expect her to be wallowing in self-pity.

“Hope you’re happy with your new bitch, how you living? I’m in Paris in Marc Jacobs, life’s amazing. When she leaves you for your best friend, that’s your karma,” she sings with attitude on the mid-tempo bop.

Watch the lyric video for Broken below.

Last year, when we spoke to the pop princess, she opened up about the discrimination she’s faced in the industry as a trans woman: “There were people who said, ‘I can’t work with this girl because it’s against God and she’ll go to hell.’

“There were people who would ask me in meetings whether I was transgender because it’s ‘trendy’ right now. So yeah, definitely, you face shit. I want to be a good example, but I don’t want to be known just for being transgender, to the point where I’m not allowed to be anything else.

“A lot of people, especially growing up in Germany, they wouldn’t let me be anything else but transgender. Even now, I just went back there and they were like, ‘So do you miss having a dick?’, ‘So are your boobs fake?’, and ‘So did the surgery hurt?’

“It’s just like… wow. Sometimes I feel like people can’t take my achievements seriously because I’m transgender. But other people do, my fans do, and I’m really excited about that.”