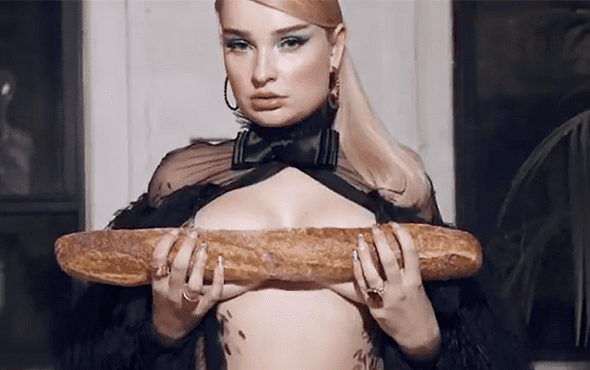 Kim Petras’ new era is here and we’re ready for it. Whether you’re into bread, baguettes or pop bangers, it looks like the German artist is serving all three.

While fans have had a few crumbs to go off, the Malibu singer has been teasing a new release for quite some time. Last month Petras took to Twitter to promise there would be “no sad songs” on the new record.

On July 4, the singer also announced the album was fully done and she planned to debut the first single at Chicago’s Lollapalooza.

Future Starts Now will be the first track to follow last year’s beachy Malibu and her feature, alongside Curtis Waters, on ElyOtto’s TikTok SugarCrash! hit.

Speaking on the collaboration, Petras explained her involvement: “I heard “SugarCrash!” and, like anyone who’s ever been on TikTok, had it on repeat for a while.”

Adding: “When ElyOtto reached out I immediately said yes, wrote the verse, and sent it in. And ElyOtto loved it. I love ElyOtto as an artist and feel really proud to be a part of this.”

ElyOtto and his single SugarCrash! went viral on TikTok earlier this year. The track has earned over 100M streams and reached the 11th spot on TikTok Viral Charts.

Moving on with a new music era, Petras described the Malibu-inspired shift as a “return to colour, the feeling of being in love, and the escapism pop that I love the most”.

With Future Starts Now marking the latest single, we can be sure to expect more news of the album soon. In the meantime, you can feast on a snippet of the upcoming track here or below.

Future Starts Now will be out on August 27 and hope to (finally) get some answers on all these baguettes.