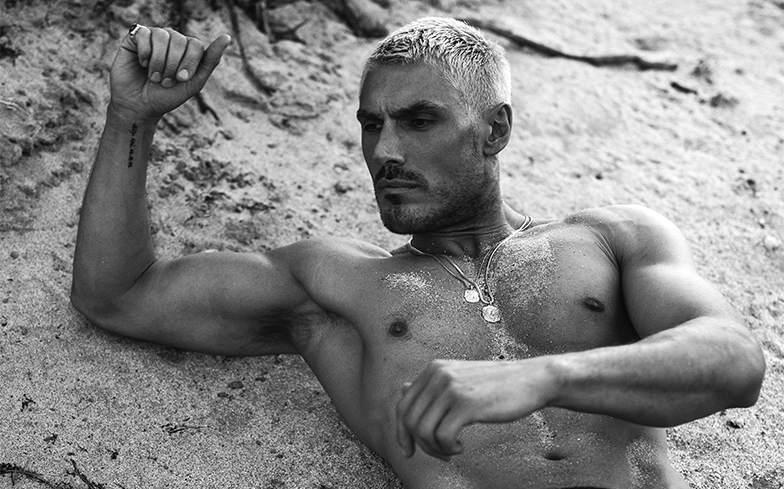 British beauty expert Chris has gone from styling his mothers hair in his living room to working with some of the biggest names in show business, including Katy Perry, Ariana Grande and none other than Kim Kardashian West, who he calls his “hair muse”.

That’s why we just had to get the two of them in conversation together, where they discussed the inspiration behind some of Kim’s best looks, having the whole world watching your style choices, and even Chris’ coming out journey.

“Some people know straight away, I didn’t and it took me a minute to understand that and accept that and then come out,” Chris told Kim, opening up about his decision to come out as gay later in his life.

“Everybody has got their stories and some people are ready with it straight away, I just wasn’t. I didn’t have that realisation.”

Chris knew that being open about his private life while working alongside A-listers like Kim would draw attention to not only himself, but also his two children from a former relationship, which he took into consideration when coming out.

“It was also really important to me that the kids were comfortable before I expressed that, that they understood and were in a good place. It was just time. Everybody has their story and mine was later on,” he added.

Elsewhere in the interview, the pair also spoke about the time Kim stepped out in Miami wearing a neon green wig that matched her neon green Lamborghini – an iconic fashion moment if there ever was one.

“I remember we had regular hair and then we FaceTimed Kanye,” recalled Kim. “He was like, ‘You’re in Miami, do neon hair. I’m getting you a neon car, it’ll be downstairs – just trust me on this one. You need neon!’

“We were like, ‘What? We are running out the door!’ We had full black hair and we changed that last minute. That was so fun, but crazy!”

You can read the full conversation in issue 498 of GAY TIMES, which you can get here.