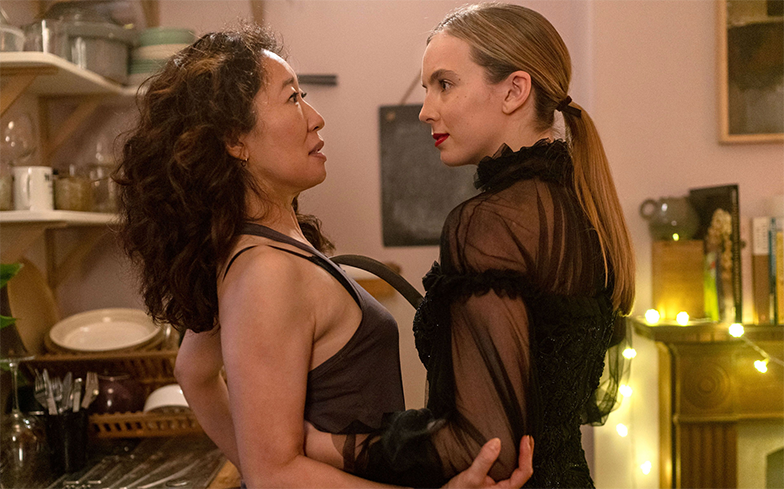 The third season of Killing Eve will arrive in the UK very soon.

Unlike previous years, which saw the acclaimed BBC America thriller premiere in the United States in April – and several months later in the United Kingdom – viewers will be able to watch the show just one day after.

It was recently confirmed that Killing Eve’s third season will air Sundays in the United States from 12 April on AMC and BBC America, while the UK will be able to watch the show from Monday 13 April on BBC One.

Following the announcement, Sarah Barnett – president of AMC Networks Entertainment Group and AMC Studios – said in a statement: “We know how adored this series is and we know how keen people are for great content right now.

“This season of Killing Eve digs deep psychologically, and with actors like Sandra Oh, Jodie Comer and Fiona Shaw the results are nothing short of astonishing. We literally couldn’t wait for fans to see it.”

The third season will pick up immediately after the events of the second season finale, which saw Villanelle shoot Eve and leave her for dead. Obviously, Eve survived – so where does that leave them now? Will they still be obsessed with each other?

Killing Eve received universal acclaim for its first two seasons and was subsequently nominated for Outstanding Lead Actress in a Drama Series at the Emmy Awards, making Sandra Oh the first actress of Asian descent to be nominated for the award.

Last year, both Oh and Comer were nominated for Outstanding Lead Actress, with the latter taking home the award.

The series has also been renewed for a fourth season, which is scheduled to premiere in 2021.

Watch the trailer for Killing Eve season 3 below.