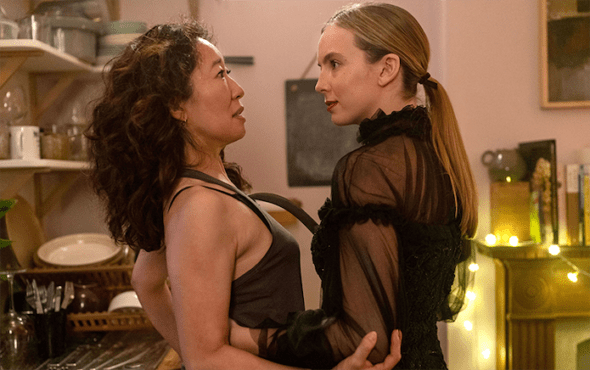 Killing Eve will be coming back to the small screen for its fourth and final season.

Critically acclaimed BBC drama Killing Eve will be wrapping up with its final season.

The hit TV series was renewed for a fourth season in January 2020, but filming for the series was delayed due to the COVID-19 outbreak.

Production for the new season is expected to begin in early summer across the UK and in various European locations. Similar to previous seasons, season 4 will have a total of 8 episodes.

The first season of the cat and mouse thriller was written by Phoebe Waller-Bridge while season two was handed over Emerald Fennell, and season three was mastered by TV writer Suzanne Heathcote.

The fourth and final season of Killing Eve will be taken over by executive producer and writer Laura Neal who is best known for her contributions to Sex Education and Secret Diary of a Call Girl.

“Killing Eve has been one of my greatest experiences and I look forward to diving back into Eve’s remarkable mind soon,” says Sandra Oh. “I’m so grateful for all cast and crew who have brought our story to life and to the fans who have joined us and will be back for our exciting and unpredictable fourth and final season.”

Jodie Comer also commented on the news of the finale season. “Killing Eve has been the most extraordinary journey and one that I will be forever grateful for. Thank you to all the fans who’ve supported us throughout and come along for the ride,”  Although all good things come to an end, it’s not over yet. We aim to make this one to remember!”.

Killing Eve follows British intelligence worker Eve Polastri (Sandra Oh) as she seeks to track down the infamous killer Villanelle (Jodie Comer).  The BBC hit series is based on the novels written by Luke Jennings.

While we have to wait a little longer to find out the fate of our favourite characters, there may still be some good news at hand. It has been reported that a Killing Eve spinoff series may be in the works, according to Variety.

It has been speculated that entertainment company AMC Networks and production outlet Sid Gentle Films Ltd are working to develop potential spinoffs to extend the world of Killing Eve.

So, while we wait for more news on that front, viewers can look forward to seeing the award-winning series return in 2022.

Anything worth having is worth the wait. #KillingEve pic.twitter.com/YCbdDPE8jt