Killing Eve has been renewed for season 4 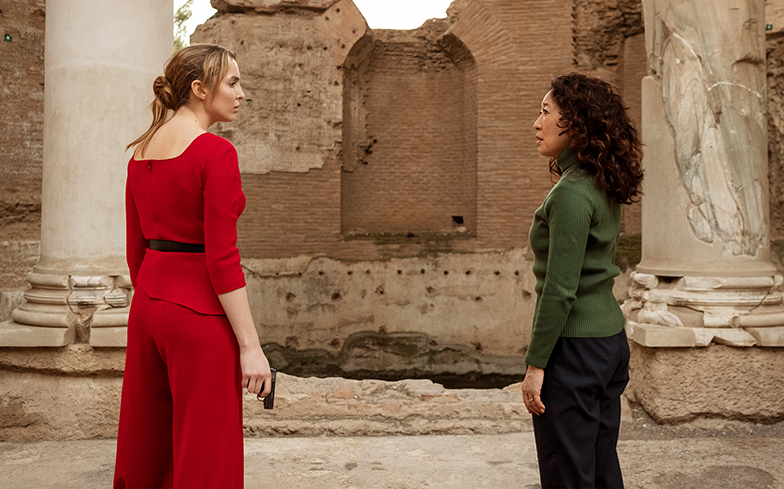 Killing Eve has been renewed by BBC America for a fourth season.

The series, which stars Grey’s Anatomy’s Sandra Oh as a desk-bound M15 officer who becomes obsessed with a notorious, psychopath assassin (Jodie Comer) has been picked up for a fourth run, weeks before the third season has even aired.

“We’re thrilled to announce that the critically-acclaimed, Golden Globe and Emmy-nominated and BAFTA-winning series has been renewed for a fourth season, months ahead of the season three premiere in spring 2020!” said BBC America.

Sarah Barnett of AMC Networks Entertainment Group said in a statement: “How could we not have massive confidence in Killing Eve? It has won big in every major award show and is the highest growing show on US television for six years.

“The reason for this series’ emphatic embrace is the brilliant women who breathed it into being: Phoebe Waller-Bridge, Emerald Fennell, Sandra Oh, Jodie Comer, Fiona Shaw and its fairy godmother, executive producer Sally Woodward Gentle.”

Gentle said she’s “beyond thrilled” to continue on Killing Eve and praised the whole crew for being “fierce and dedicated”.

Killing Eve received universal acclaim for its first two seasons and was subsequently nominated for Outstanding Lead Actress in a Drama Series at the Emmy Awards, making Sandra Oh the first actress of Asian descent to be nominated for the award.

Last year, both Oh and Comer were nominated for Outstanding Lead Actress, with the latter taking home the award.

The third season of Killing Eve will premiere this Spring.