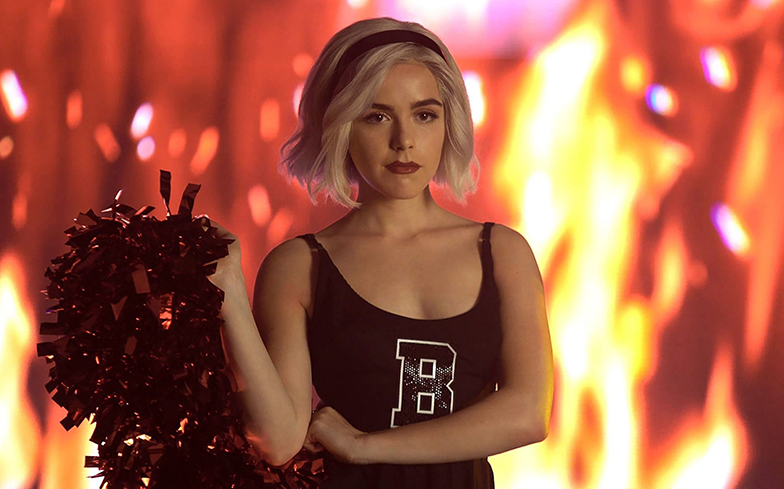 This would be a gag.

Kiernan Shipka has come out as a RuPaul’s Drag Race stan and invited two legendary queens onto the next season of Sabrina.

The actress, who plays the title character on the critically-acclaimed Netflix series, responded to Trixie and Katya’s latest episode of I Like to Watch, in which they sit down and kiki over some of the streaming service’s original content.

“OH MY GODDD PLEASE BE GUEST STARS NEXT SEASON,” she wrote on Twitter, to which All Stars 3 winner Trixie responded: “The Chilling Adventures of Sabrina Katya and Trixie.” Katya then replied with several enthusiastic emojis.

Fans seemed to love the idea of a Sabrina and Drag Race crossover, with one writing: “What if next season just out of nowhere Katya gets over the role of Sabrina and you just never explain it. Also Trixie can be some demon she fucks at some point.”

The third season of Chilling Adventures of Sabrina (or ‘Part’, whatever) premiered on Netflix last month to universal acclaim with a 92% approval rating on Rotten Tomatoes, becoming its most praised instalment to date.

In an interview with The Wrap, series creator Roberto Aguirre-Sacasa – who also created Riverdale – confirmed that season four is still shooting and said each episode is “like its own mini horror movie”.

All three seasons slash ‘Parts’ of Chilling Adventures of Sabrina are available to stream now on Netflix.