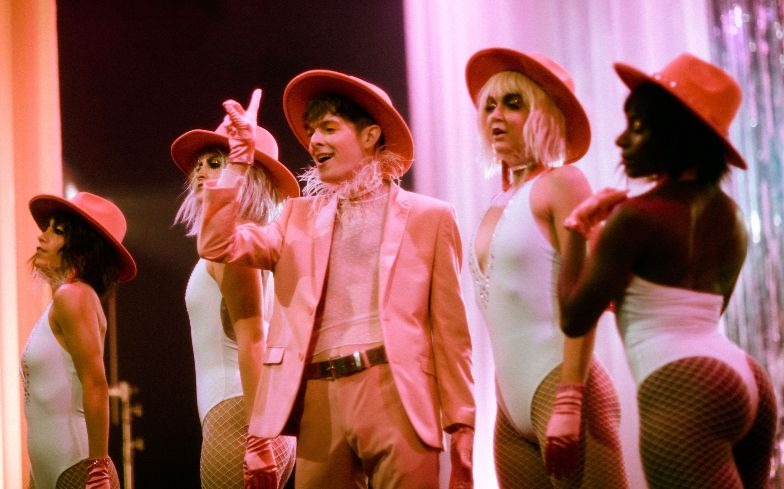 The Kickstarter still needs an additional £16,000 to achieve its funding goal.

AJ Knight has launched a Kickstarter project for Daisy Boy, a TV show pitched as a “gay Lizzy McGuire.” The project is aiming to raise £39,326 before 30 May, in order to film a pilot for studio networks. It has currently raised £23,000.

A description of the project reads: “Daisy Boy tells the story of one unapologetically flamboyant high school boy who is not afraid of anyone or anything.

“Only problem is–he’s not real. To the outside world he’s just a lonely, rosy cheeked wallflower named Jameson, stuck in a small-brown-suburban-town in the south where being gay is, um, let’s just say real bad.

“So the closet door stays shut while his real identity, the Daisy Boy, blossoms in his head.”

Speaking about his desire to make the show, AJ wrote: “To be honest, growing up in the closet, in a town where I felt different than a lot of the people around me, a show like Daisy Boy would’ve changed my life.

“And if we can help queer kids, or anyone really, feel a little less f*cked up, or alone, then that’s what we’re gonna do!”

The series will follow Jameson, played by AJ, who is described as an “awkward wallflower on the outside, unapologetically queer on the inside,” as well as Cher the dog, his best friend; Orange, the “closest thing Jameson has to a friend”; Mr. Bronski, a quirky father-of-three; Stepmom Donna, the “marginally eccentric and refreshingly open-minded stepmom” and Guy, the “catalyst for Jameson’s new mindset.”

The Kickstarter ends on 30 May, so there are only five days left to donate to bring the project to fruition. You can check out a trailer below, and if you’d like to donate you can do so via the official Kickstarter page, which can be found here.