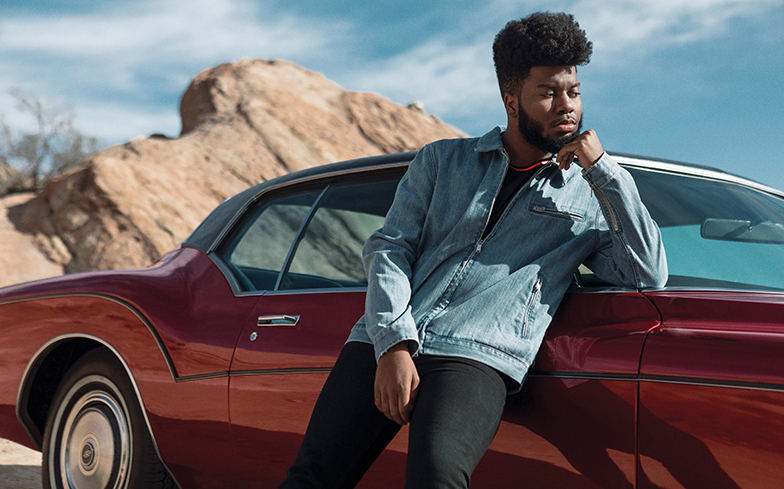 If you’re looking for a new favourite artist, Khalid might just be the one.

The 20-year-old American singer-songwriter debuted back in 2016 with his brilliant lead single Location, and since then has received critical acclaim and won a host of accolades including a VMA Award for Best New Artist and a Billboard Music Award for Top New Artist.

Most recently, Khalid teamed up with former Fifth Harmony member Normani for the brilliantly addictive slow-burner Love Lies, the official single to be taken from the Love, Simon soundtrack.

Love, Simon was this year’s biggest LGBTQ movie, and became the first major-studio teen rom-com to feature a gay protagonist when it was released back in April. It starred Keiynan Lonsdale, Jennifer Garner, Josh Duhamel and Jurassic World’s Nick Robinson.

Location, the lead single from Khalid’s debut album American Teen (which has sold over one million copies), is a song about “young love” which has racked up 285 million views on YouTube.

The track later got the remix treatment with verses from high-profile rapper Lil Wayne and queer singer Kehlani.

But his most recognisable single so far is Young Dumb & Broke, an anthem to the frivolous nature of youth which became his first top 20 single in the UK and also peaked at number 18 on the US Billboard Hot 100.

The track received critical acclaim, while the music video which features came appearances from a string of famous faces including Normani, Wayne Brady and Dennis Haskins, has received an incredible 400 million views – and counting.

Khalid’s also collaborated with a number of A-list artists, including Calvin Harris and Kendrick Lamar, but his most successful came alongside Alessia Cara on Logic’s 1-800-273-8255, a song which raises awareness around suicide – in fact, the song’s title is the phone number of the National Suicide Prevention Lifeline.

Meanwhile, the track’s music video puts the focus on a young man (played by Coy Stewart) who’s struggling with his sexuality, and contemplates suicide after being bullied at school and facing tension at home.

Fortunately, both the video’s protagonist and his boyfriend (played by Modern Family’s Nola Gould) find acceptance from their fathers, showing young LGBTQ people that things really do get better.