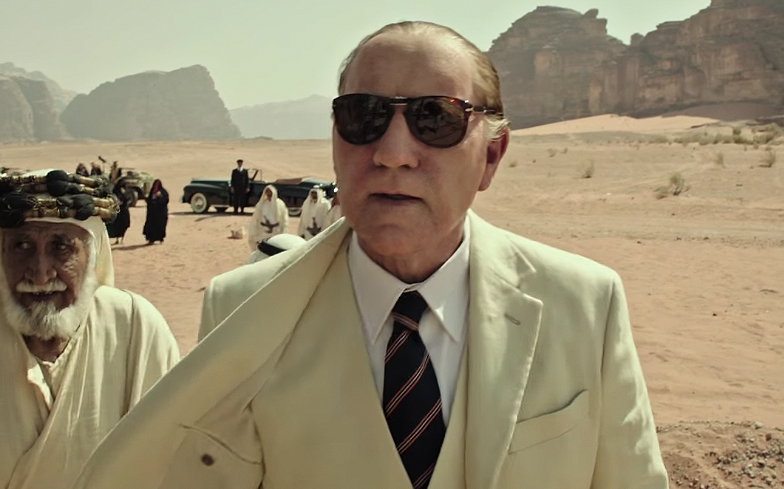 Kevin Spacey was set to star in upcoming movie All The Money In The World, which hits cinemas next month.

However, following a string of sexual assault allegations over the past few weeks, producers have completely cut his scenes from the new big-screen picture and replaced him with veteran actor Christopher Plummer.

The film – which stars Michelle Williams and Mark Wahlberg – centres around the 1973 abduction of Getty Oil fortune heir Joh Paul Getty III, who was just 16 at the time.

“There are over 800 other actors, writers, artists, craftspeople and crew who worked tirelessly and ethically on this film, some for years, including one of cinema’s master directors,” TriStar Pictures said in a statement.

“It would be a gross injustice to punish all of them for the wrongdoings of one supporting actor in the film.”

The reshoots happened just six weeks before the film hits cinemas on 22 December.

That being said, it’s been reported that Sony are considering delaying the release of the film in order to distance it from the current ongoing scandal.

It comes less than a week after Netflix confirmed that they will not be working with Spacey going forward.

It’s been reported that two episodes for the next season of House of Cards have been filmed so far, but production has been halted to allow writers to rework scripts to write Spacey’s character Frank Underwood out of the show.

There has also been talk that Robin Wright’s character, Claire Underwood, could become the new focus of the show instead.

Kevin Spacey has been accused of sexual harassment and sexual abuse from numerous alleged victims over the past few weeks, since Anthony Rapp came forward with his alleged experience last month. Rapp’s allegations have inspired many more alleged victims to come forward, including eight former and current crew members on House of Cards.

Spacey is currently seeking treatment at a top facility in California.