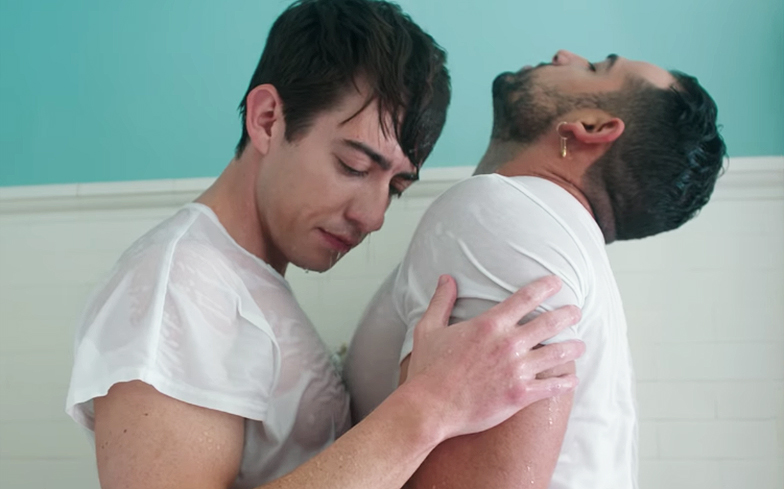 The actor-slash-singer, who you’ll probably best know as the loveable Artie Abrams from Glee, made his proper solo debut with funky track Help Me Now earlier this year, and now he’s released another certified queer bop into the world.

“Your breath smells a little bit like a lit cigarette, your skin covers your sins like a silhouette, but your kiss is the softest thing I’ve ever felt before, wearing thrift store James Dean jeans, you’re made for sex,” he lusts on the smooth slow jam.

The music video, meanwhile, sees Kevin and his lover – played by Pose star Johnny Sibilly – dressed in the classic James Dean-style blue-jeans-and-white-tee outfit while getting steamy in the shower together.

Kevin’s new EP, called Boy, will be released later this month. Proceeds from sales of the single James Dean through June will be donated to LGBTQ youth charity The Trevor Project – you can get it here.

Watch the video for James Dean below.