Kevin Keller is getting a boyfriend on Riverdale season 3, but it’s “complicated” 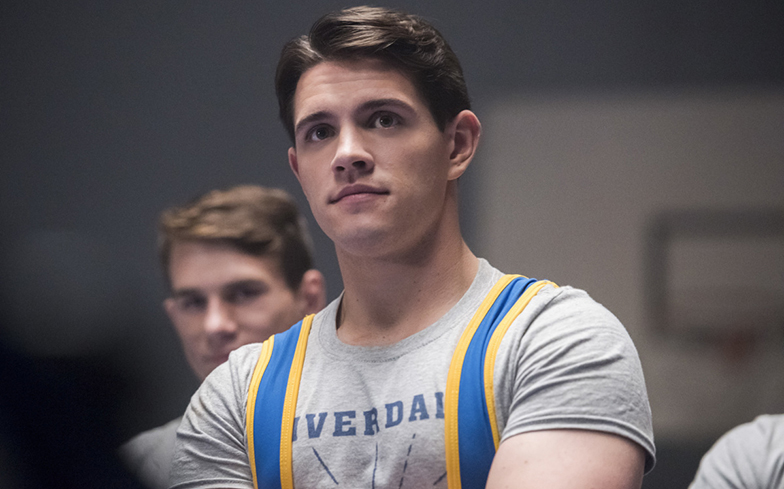 Riverdale’s biggest will-the-won’t-they couple is finally getting together.

The hit TV show, which is based on the classic Archie Comics characters, first introduced us to gay high schooler Kevin Keller as he was hooking up with closeted jock Moose in the woods… right before they found a dead body in the river.

We last saw them together in the season two finale where, following the shocking death of Moose’s girlfriend Midge, the two shared a passionate kiss, leaving the door wide open for a potential relationship in the future.

Now, in an interview with TVLine, Casey Cott has confirmed that his character Kevin will be in a relationship with Moose during the upcoming third season of the show, although he warned that it will be “complicated” by Moose still being in the closet.

“We are dating in season three, so it’s fun to start off with that and explore that with Moose, it’ll be fun,” he said.

“I [filmed] my first kissing scene of the season recently and it was in the hallway at school. He pushes me off because he’s still closeted, but it’s still a kiss. It’s a complicated relationship.”

Kevin and Moose will be one of two same-sex couples to feature on Riverdale’s third season, as the recently loved up Choni – that’s Cheryl Blossom and Toni Topaz, for the uninitiated – are expected to develop their relationship in future episodes.

The show will return to our screens on 10 October, and a trailer which premiered at Comic-Con over the weekend offers us a brief glimpse of what’s to come in its final moments, including babies held over a fire. Classic Riverdale!

Watch the season three trailer below.