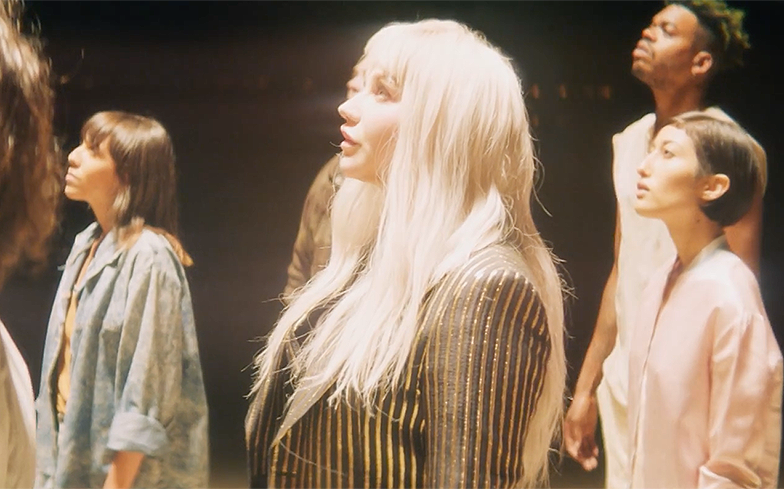 Hymn is the next single taken from Kesha’s critically-acclaimed album, Rainbow.

The video for Hymn sees Kesha in the backseat of a car as she’s driven by an invisible force. Throughout the clip, several outcasts unexpectedly depart from their location to meet Kesha in the middle of the highway, before the car is lifted into space.

The song has been hailed as an LGBTQ anthem due to its lyrical content. Fans have resonated with lyrics such as, “This is a hymn for the hymnless, kids with no religion. Yeah, we keep on sinning, yeah, we keep on singing.

“I know that I’m perfect, even though I’m fucked up. Hymn for the hymnless, don’t need no forgiveness.”

Watch the incredible – and visually striking – video below:

Kesha’s latest album – Rainbow – debuted at number one on the Billboard 200 last year. It received widespread critical acclaim, and resulted in the star receiving her first ever Grammy nomination for Best Pop Vocal Album.

Earlier this year, Kesha also dropped the music video for her queer rendition of Janis Joplin’s classic love song, I Need a Man to Love.

Watch the adorable clip below: