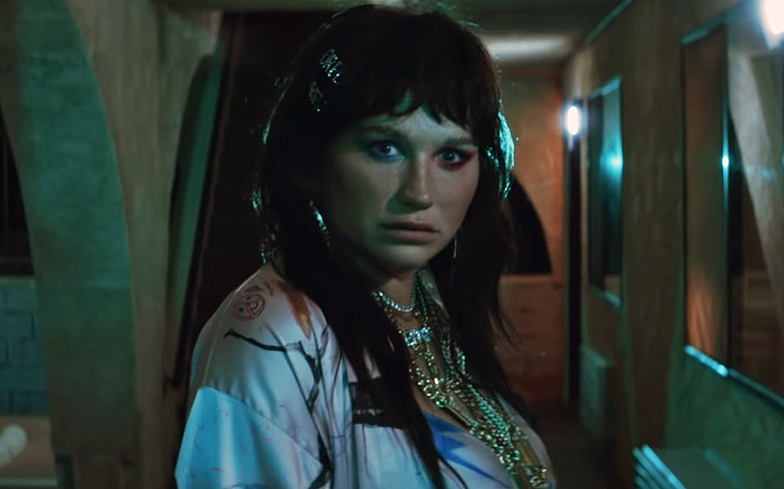 Kesha is back with a vengeance.

A brand new trailer for fourth studio album High Road (which the singer previously revealed will drop in December) features teasers for four new songs including lead single Raising Hell, and they sound just like the “big pop sounds” she promised.

The first track sees Kesha flex her rap skills as she dances with Magic Cereal; the second, Raising Hell, is a massive pop banger that has the singer dressed as a televangelist; the third gives us eery Billie Eilish vibes; and the final (which we’re assuming is the album’s title track) is a soaring, empowering anthem.

“When I wrote Rainbow, I was in a very different headspace, I had to address some very serious things, but now on my new record, I revisit my roots of pure and utter debaucherous joy,” she says in the trailer.

Watch the trailer for the new album here or below.