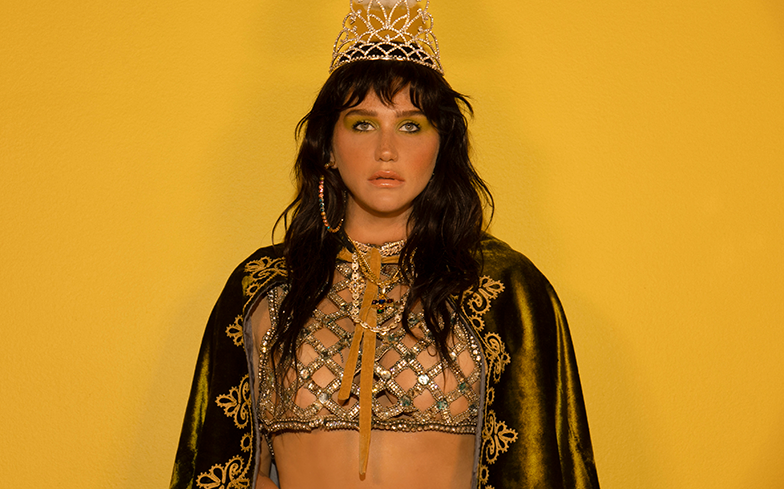 “I have a special place for her in my heart.”

Kesha has revealed which queens from RuPaul’s Drag Race she would like to collaborate with on a song.

The pop superstar, who made a memorable appearance as a guest judge on the ninth season of the hit reality-competition series in 2017, hosted an AMA on Reddit’s r/pophead community to answer questions from Animals (her fans).

One fan asked Kesha which Drag Race star she would duet with on a track, to which she revealed: “I love Detox she’s a good friend of mine and I have a special place for her in my heart. I love Trixie Mattel and Thorgy Thor plays the violin really well.”

Detox memorably made an appearance in Kesha’s 2010 video for Take It Off. In a recent interview with Billboard, she said the season five and All Stars 2 contestant is a “dead friend” and said they used to do “bad kid things” together.

Kesha continued to say: “I think we should get every queen from every season and be in a track altogether. And Sasha Velour also did an amazing performance to ‘Praying’ and I was on her season, I just can’t decide.”

In the AMA, Kesha said her dream collaboration would be with Mick Jagger and David Byrne, and new females artists such as Billie Eilish and Lizzo because they are “strong badass women” who are changing “the face of pop music”.

Her fourth studio album, High Road, was released last week to positive reviews. It includes singles such as Raising Hell with Big Freedia, My Own Dance, Tonight and Resentment featuring Brian Wilson, Sturgill Simpson, and Wrabel.

The album is Kesha’s first since her critically-acclaimed 2017 comeback album Rainbow, which topped the charts in the United States and earned the star her first nomination at the Grammy Awards for Best Pop Vocal Album.

Kesha will embark on a North American tour this spring, kicking off 23 April at the Smart Financial Centre in Sugar Land, Texas, and will conclude 5 June in Windsor, Ontario. You can purchase tickets here.

High Road is now available on iTunes and streaming services – watch the music video for the title track below.