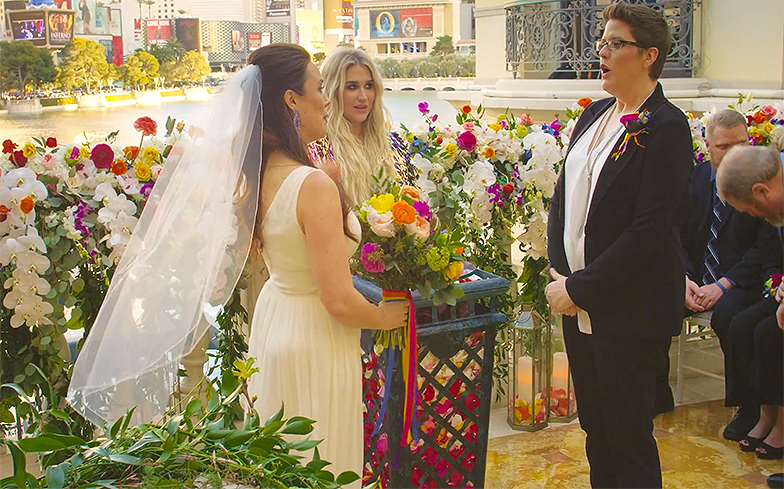 “People should be able to love whoever they want to love. That’s what love is.”

Kesha has dropped the music video for her queer rendition of Janis Joplin’s classic love song, I Need a Man to Love.

Lindsay and Dani are married by Kesha in a beautiful outdoor ceremony, and the rest of the clip follows the couple as they celebrate their nuptials.

Watch the adorable video below.

Universal Love is now available on iTunes and streaming services.

Kesha’s latest studio release – Rainbow – debuted at number one on the Billboard 200. It received widespread critical acclaim, and resulted in the star receiving her first ever Grammy nomination for Best Pop Vocal Album.

Watch the video for Learn to Let Go – the album’s second single – below.