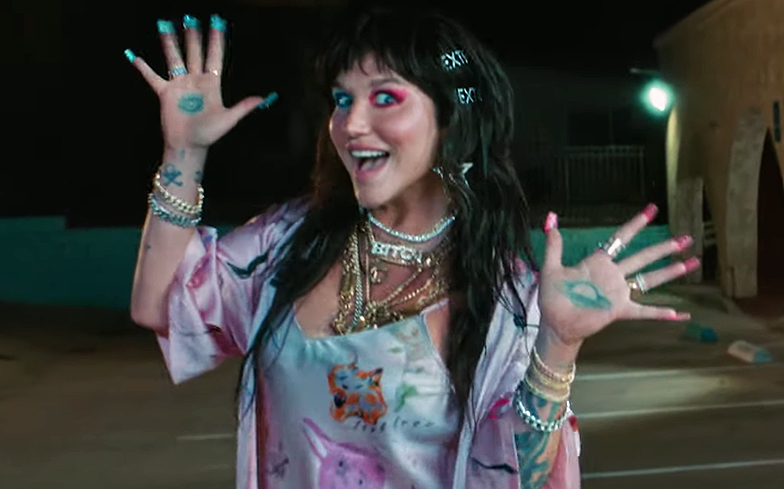 Kesha is taking back control.

The iconic singer-songwriter made a name for herself in the early 2010s with smash hit singles like Tik Tok and Take It Off, and her new single My Own Dance skewers the ‘party girl’ image she once held and the expectations that come with it.

“We get it that you’ve been through a lot of shit, but life’s a bitch, so come on, shake your tits and fuck it,” she sings, echoing the people who want her to always be the same pop star, before affirming: “I don’t do that dance, I only do my own dance.”

My Own Dance was written by Kesha alongside hitmakers Justin Tranter, Dan Reynolds and John Hill.

The Allie Avital-directed music video, meanwhile, sees Kesha go on a wild ride through an apartment complex filled with bodybuilders, dancers, a glitter-filled pool and two girls serving The Shining realness as she searches for magic cereal.

Watch the video for My Own Dance here or below.

“When I wrote Rainbow, I was in a very different headspace, I had to address some very serious things, but now on my new record, I revisit my roots of pure and utter debaucherous joy,” she said.