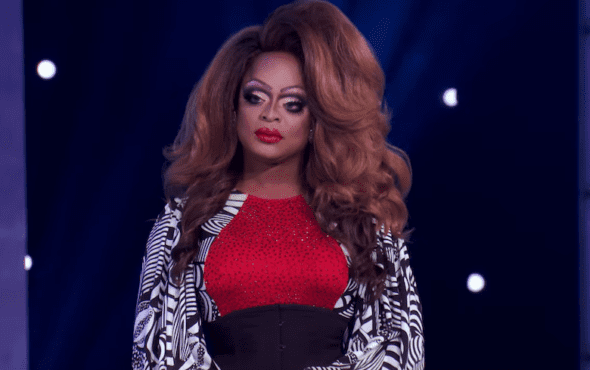 WARNING: SPOILERS AHEAD FOR THIS WEEK’S EPISODE OF DRAG RACE ALL STARS 5.

Kennedy Davenport has spilt the T on her All Stars 5 lip sync against Miz Cracker.

The legendary queen, who first competed on the show’s seventh season and placed runner-up on All Stars 3, made a gag-worthy comeback to the franchise as the final lip sync assassin on All Stars 5.

Although Kennedy has proved her status as the Dancing Diva of Texas in spades, her performance lacked the flips, kicks, splits and other sickening tricks fans have become accustomed to because of the song choice: Reba McEntire’s Fancy.

Shortly after the episode aired, Kennedy praised the Drag Race producers on Twitter for “making me look good honey,” but admitted that the lip sync was a “rough spot” as she paid tribute to her RuPaul parody verse in season seven.

Fans also had a lot to say about the song choice on social media, with one asking: “Why do they keep disrespecting Kennedy Davenport with these songs?” The star seemed to agree with the comments as she replied “lol” to several fans.

Last year in an interview with NewNowNext, Kennedy admitted that her least favourite song to lip sync to was – surprise surprise – Fancy by Reba McEntire: “It’s too many words to learn. Too many!” We shoulda known.

Thank you @RuPaulsDragRace for making me look good honey. Wheew "that was a rough spot" lololol

Check out the reactions from this week’s lip sync showdown below.

Harry Potter and the Mistery of why they brought a such power house lipsync Slayer like @kennedyddoftx to perform a slow song. #RuPaulsDragRaceAllStars pic.twitter.com/CsRycfQFyx

Why do they keep disrespecting @kennedyddoftx with these songs? 🙄

@kennedyddoftx I’m glad you made your coin tonight but drag race did not take advantage of your talents tonight, lots of love to you queen

the caucacity really jumped out on drag race this week / they bring back KENNEDY DAVENPORT & give her a REBA song?!?! #AllStars5 pic.twitter.com/8waii2CORx

drag race brings back miss kennedy, one of the best dancers in herstory, to give her…. a slow song

You bring back Kennedy fuckin Davenport and give her a Reba McEntire song…are the drag race producers ok? #AllStars5

What the fuck possessed yall to give thee DANCING DIVA OF TEXAS thee LIP SYNC ASSASSIN thee legend KENNEDY DAVENPORT a fucking country song like WTF yall playing in her face I cant deal with this shit lemme calm TF down like we really waited this long for dat #AllStars5 #DragRace pic.twitter.com/uln3joYuyl

Okay so Drag Race, WOW production, and RuPaul ALL need to give Kennedy Davenport a fucking apology for wasting her damn time!!!!!!!!

Inviting Kennedy Davenport back and then giving her a Reba McEntire song to lipsync. #DragRace #AllStars5 pic.twitter.com/CLYFrP1OHz

The way they finally got a lip sync assassin and played Reba… Kennedy deserves better https://t.co/oGCSTSIVQ2

How absolutely fucking rude to waste the precious time and talent of Miss Kennedy Davenport with that nonsense #DragRace #AllStars5 pic.twitter.com/6fw0Fr1MTy

They called kennedy to lipsync to the country bumpkin bullshit ?? #AllStars5 #DragRace

WTF was that!! How dare u give Kennedy Davenport that tired ass song!!! #DragRace #AllStars5

On the penultimate episode of All Stars 5, the top four queens – Blair St. Clair, Jujubee, Miz Cracker and Shea Couleé – performed a stand-up comedy routine with the help of Ross Matthews and Jane Krakowski.

After Cracker won the Reba lip sync – and earned her third win of the season – she chose to send home her season 10 sister, Blair.

Next week, the top three will write, record and perform a new verse for RuPaul’s new single, Clap Back, and one queen will join Chad Michaels, Alaska, Trixie Mattel, Monét X Change and Trinity the Tuck in the Drag Race Hall of Fame.

The seven eliminated queens will also ruturn to spill the T on the dramatic events of the season, including Ongina and Mayhem’s self-eliminations and the feud between Alexis Mateo and India Ferrah.

All seven episodes of RuPaul’s Drag Race All Stars 5 are now available to stream in the UK on Netflix.