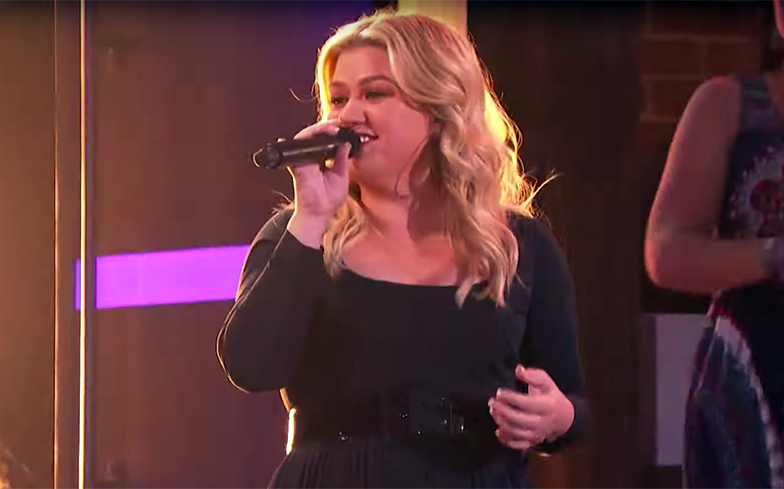 Kelly Clarkson has just delivered the best cover of Bad Romance, ever.

The American Idol performed Lady Gaga’s iconic pop anthem on the third episode of her self-titled talk show, which launched on 9 September and has (so far) featured stars such as Dwayne Johnson, Ellen DeGeneres and Jennifer Garner.

Kelly put her own spin on the classic and belted the fuck out of the verses, proving that she sing absolutely anything (she also stunned with a rendition of Gaga’s Shallow from A Star is Born earlier this year on tour – watch here).

In the first episode of her show, she performed 9 to 5 by Dolly Parton, and slayed. In the second episode, she sang Sucker by Jonas Brothers, and slayed. We can’t wait to see what’s next – watch her incredible performance here or below.

The Kelly Clarkson Show airs daily on NBC and is the lead-in for The Ellen DeGeneres Show.

The press release for the show states: “In her new daytime talk show, Kelly Clarkson uses her gift of connection to bring viewers something new: a fun, energetic show that breaks with tradition.

“In each episode audiences will experience an hour full of remarkable stories, celebrity guests, spontaneous surprises, humor, heart and, of course, good music. It’s a weekday brunch party with a fascinating people who would otherwise never meet.”

It was announced earlier this year that the star had started work on her ninth studio album. Her last release, Meaning of Life, was released in 2017 to critical acclaim and chart success, debuting in the runner-up position on the Billboard 200.