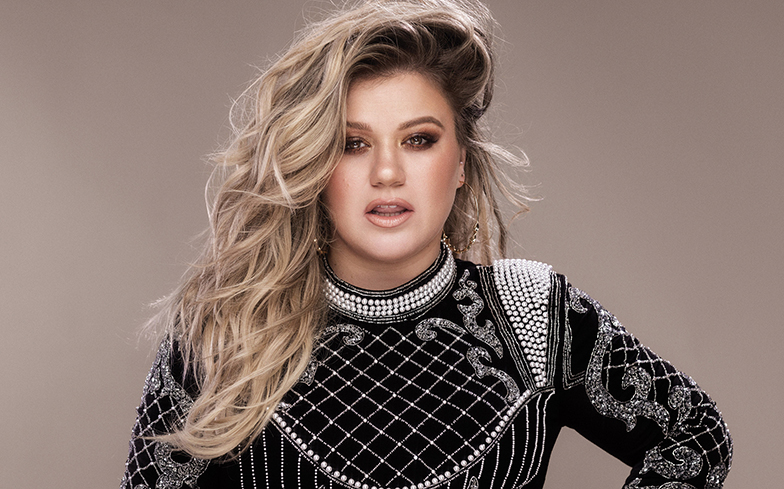 Kelly Clarkson has received praise from social media users after defending a lesbian couple from a homophobic Twitter troll.

Back in 2016, the Move You songstress helped the couple get engaged during one of her concerts, with the adorable moment being captured in a viral video. Check it out here.

This week – nearly two years after the proposal – Kiana and Amanda Clark tied the knot, and tweeted Kelly a photo from their ceremony with the caption: “WE DID IT!”

Kelly – being the absolute hun she is – offered her congratulations in response, and subsequently received a hateful message from a ‘fan’ who claimed the couple’s love was a “sin”.

“Sorry Kelly… love your music but I don’t dig the dikes… still a sin any way you cut it,” they tweeted.

I almost didn’t respond 2 this because hate doesn’t deserve a spotlight but u know what, truth does, & the truth is that God is Love, & Love shared between two people should be praised not condemned in my personal opinion. I love u 2 although we see the world/love differently. https://t.co/63KjhMrZVU

Shortly after, Kelly quoted the troll and said she didn’t want to respond because “hate doesn’t deserve a spotlight”.

However, she continued: “U know what, truth does, & the truth is that God is Love, & Love shared between two people should be praised not condemned in my personal opinion.”

Kelly – who has been outspoken towards LGBTQ rights in the past – concluded by telling them: “I love u 2 although we see the world/love differently.”

The Voice coach was then commended by Twitter users for defending the couple and standing up for the LGBTQ community.

Check out the best responses below:

GIRLLLL!!! I saw that comment and was going to say something, but it wouldn't have been as nice as you just put it. 🤣😂Thank you for standing up for "us" and more importantly, for what you believe in.

Thank you for responding @kelly_clarkson – we need your voice. Hate is not ok.

Music aside — THIS is why I LOVE you!

This is the greatest & I love you that much more for always being so down to earth, & true, to not only yourself, but your beliefs! #onelove #madrespect #muchlove ❤❤

that’s one of the reasons why I love you.
you’re talented, you’re kind and you know beliefs and religion shouldn’t interfere on human rights and love.
you’re a real gem and I’m proud to stan you for 10 years now 💛

Thank you for taking a stand for #truth and #love!