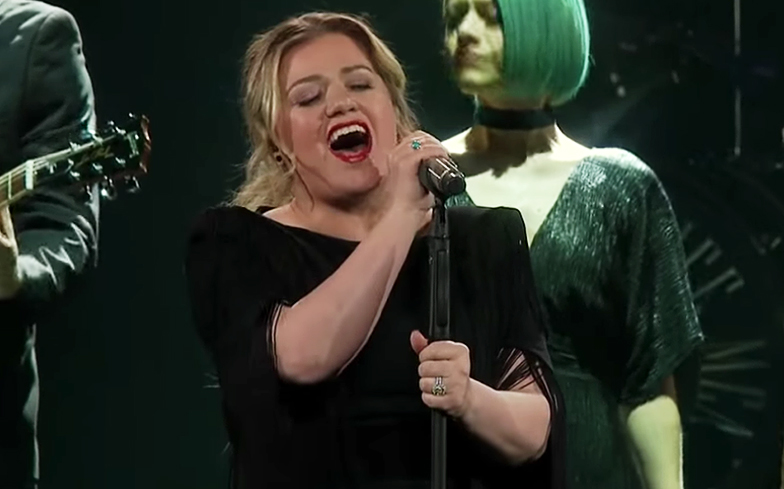 We have two words: Yaaas honey!

Lady Gaga stole hearts around the world when she appeared alongside Bradley Cooper in A Star Is Born last year, thanks in large part to the film’s lead single Shallow, a rousing power ballad that topped the UK singles charts.

And it’s not just us regular cinema-goers who’ve fallen in love with Shallow, as Kelly Clarkson recently decided to deliver her own take on the track during her Meaning of Life tour stop in Green Bay, Wisconsin.

Remembering her first meeting with Gaga, who wrote a hand-written letter for her, Kelly described the pop star as “the nicest human being ever” and sung praises for her turn in A Star Is Born.

“This song, I just love it, it’s from the movie that she’s nominated for a billion awards for – and I hope she wins – but I thought she and Bradley did such an awesome job with this song, it’s called Shallow,” she continued.

“We’re gonna do our version of it, obviously I don’t have a Bradley Cooper here, so I’m just holding it down. I hope I don’t suck, and if I do I hope she doesn’t see it.”

Well, she certainly didn’t suck – as if there was ever any doubt about that – as Kelly lent her signature raspy vocals to the emotional track, delivering a rendition that’ll leave you with goosebumps for days.

Watch the stunning performance below.