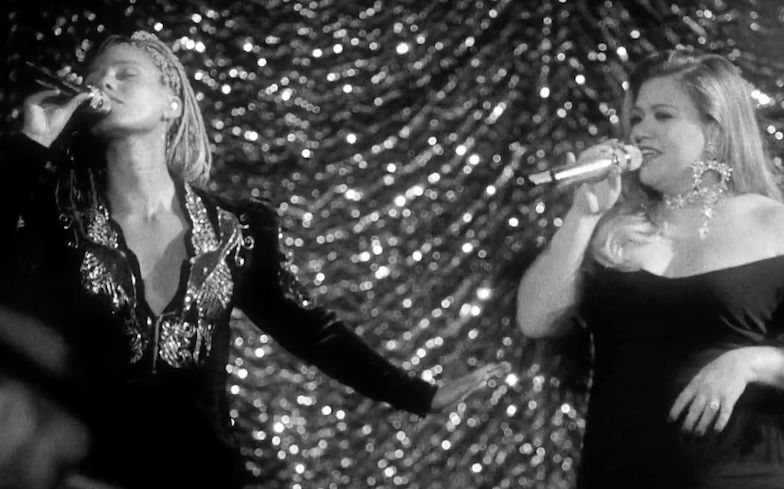 The Voice judges performed an amazing version of the Nina Simone hit for a Rat Pack-inspired music video.

Kelly Clarkson and Alicia Keys have combined their vocals for a breathtaking rendition of Feeling Good by Nina Simone.

The American divas teamed up for a Rat Pack-inspired music video with their fellow Voice judges, Adam Levine and Blake Shelton, to promote the upcoming season of the reality singing competition.

Adam and Blake perform a fantastic version of Frank Sinatra’s Fly Me to the Moon, but it’s outshone by the sheer brilliance of Kelly and Alicia’s rendition of the 1965 blues hit.

The 14th season of The Voice premieres 26 February, and will be Kelly’s first season as a full-time coach.

Her soul-influenced eighth studio album – Meaning of Life – was released last November to acclaim, with critics lauding her shift in genre.

The album featured the incredible singles Love So Soft and Move You, and became Kelly’s eighth consecutive top three album in the United States.