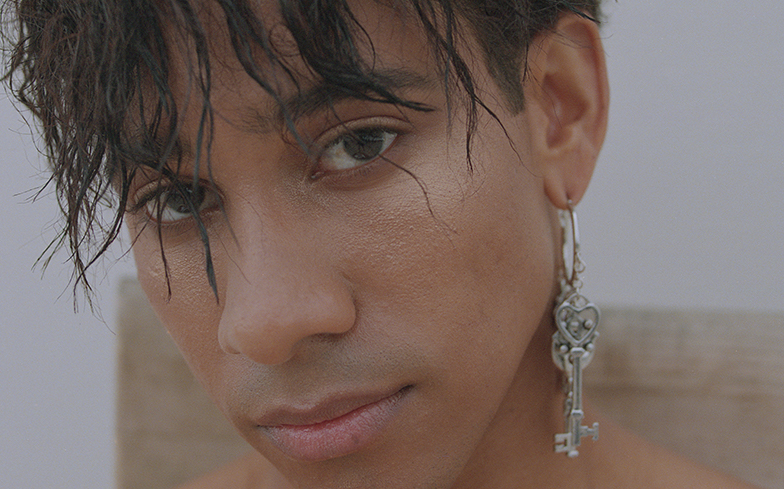 After three years in the role, Australian actor Keiynan Lonsdale has announced that he will not return as a season regular as Wally West in CW’s The Flash later this year.

The former Gay Times cover star told fans that it was his decision to step down from the role, but hinted that you might still see him as Kid Flash in the future.

“Yo! Soo as a lot of you have now read, I’m not returning next season as a series regular for The Flash or Legends of Tomorrow,” he posted on social media.

“It’s definitely not a total goodbye or “see ya never” situation, cause Wally West will still be round when you need him the most! It’s just that it won’t be full time anymore.

“I’ve changed a lot in the past year (as you’ve probably noticed lol), and for infinite reasons my perspective on life and what I want from it now is just completely different. Because of that, my heart told me it was the right time to continue my journey on an unknown path, and I’m so damn grateful to both shows for honouring & respecting that with me.

“I love Kid Flash, I love the family I’ve made, and I’m absolutely in love with the invaluable lessons I’ve learnt along the way. Thank you for believing in me and rooting for Wally to thrive, you honestly helped me see that i did indeed deserve to play him, and that shit right there made me a stronger actor.

“Anyway, I hope you stick around for the new adventures, the only thing I can promise is magic.”

Keiynan has played Kid Flash in The Flash since 2015, and later took part in crossover series Legends of Tomorrow in 2017.

In an emotional post last year, Keiynan told his fans that he is attracted to girls, as well as guys.

“Not faking shit anymore, not apologising for falling in love with people no matter their gender,” he said.

“I’ve become bored of being insecure, ashamed, scared… no one should feel like that about themselves, especially when there is so much good life to live.”

Keiynan concluded his post with a key message to his fans to accept each other for who we are.

“I hope we can all learn to embrace who we are & not judge people who aren’t exactly the same as us,” he said. “The truth is we are all family, we’re all one.”

He then went on to star in Love, Simon earlier this year, which made history as the first major studio romcom to feature a gay lead character.

Oh and of course he became a cover star back in April when he appeared on the front of Gay Times magazine.