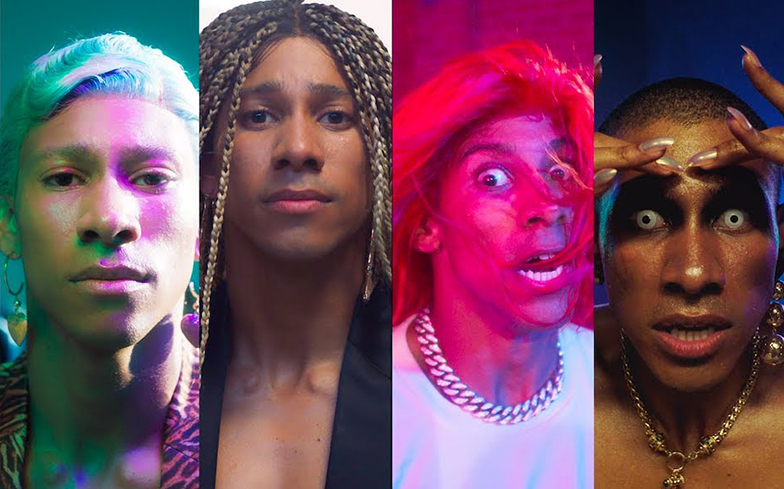 The multi-talented creative first stole our hearts with major roles as Blue in Love, Simon and Kid Flash in The Flash, and last year took over our playlists with sweet slow jam Kiss The Boy and upbeat love song Preach.

Now, Keiynan’s showing off a new side of himself with an effortlessly cool new track called Rainbow Dragon, a self-love R&B anthem that presents a middle finger to the haters and gives him a chance to finally flex his rap skills.

The video, which is co-produced and co-directed by Keiynan, sees the star evolve from a sweater-and-jeans look to some of the fiercest outfits and wigs we’ve seen him in yet. There’s even some throwback choreography for that extra touch.

Watch the binary-shattering video for Rainbow Dragon below.