Keira Knightley wants a lesbian sequel to Bend It Like Beckham 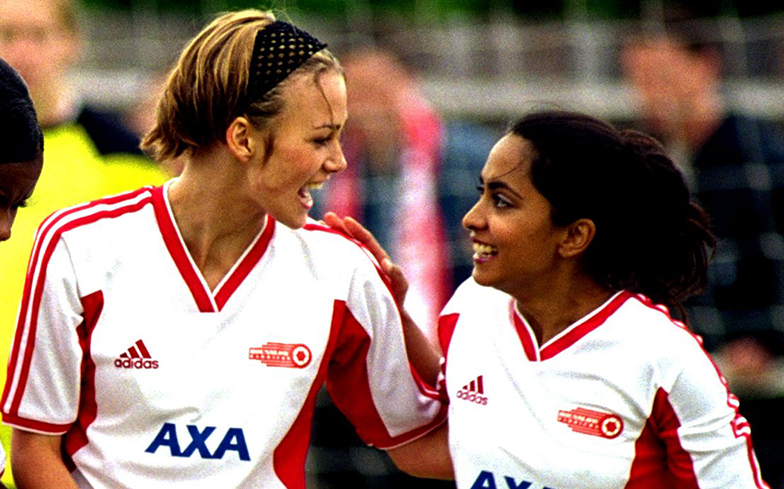 We’d totally be here for this.

Keira Knightley has put her support behind a sequel to beloved British drama Bend It Like Beckham, in which she starred as Jules opposite Parminder Nagra’s character Jess, a teenager going against her Sikh family’s wishes by joining a football team.

While the film we know and love saw the two women fall out over their mutual romantic feelings for football coach Joe (Jonathan Rhys Myers), many viewers believed – or wished – that Jules and Jess secretly had an interest in one another.

When informed by PrideSource of a rumour that the film was originally meant to be a lesbian love story, Keira confirmed that the only version of the script she’d ever seen was with the ending we saw in the final film.

Elsewhere in the interview, Keira joked that she hopes her Sugarplum Fairy costume in upcoming movie The Nutcracker and the Four Realms inspires drag queens, and also revealed that she’s a fan of hit TV show RuPaul’s Drag Race.

“Everybody’s a fan! Yeah, there’s a bit of Drag Race watching,” she said. “And then there’s a great drag night in East London, which I used to go to when I could go out before I had a child, which was always fun.

“So can I just put that out there: Please, please let there be a drag queen somewhere who will be in a Sugar Plum Fairy outfit.”